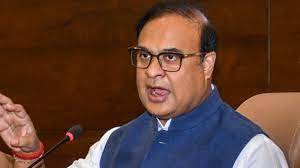 Guwahati: Assam Chief Minister Himanta Biswa Sarma on Monday said the government is now preparing Standard Operating Procedure (SOP) for the new Imams who are coming to the state from outside.

Interacting with the media, the Chief Minister said that under the proposed SOP, people would be requested to inform the police soon after any Imam or preacher comes to their mosque or madrasa for religious purposes or teaching.

Urging the people, especially those of the Muslim community, to inform the police if they witness a stranger in their locality serving as the Imam of a mosque or teacher of a madrassa, Sarma said that the police would verify their antecedents.

“This is (informing the police about the Imam) not mandatory for the local Imam,” he said.

Claiming that the Muslim community in Assam has been helping the authorities to capture the ‘jihadis’, Sarma, who also holds the Home portfolio, said that the government is preparing a portal to register the names of Imam coming from outside.

He said that two days back two Imams have been arrested for having ‘jihadi’ links and one of the detainees is a kingpin of this group and five more such ‘jihadis’ are yet to be arrested.

Sarma had earlier said that the state police have busted several modules of the Al-Qaeda in the Indian Subcontinent and the Bangladesh-based Ansarullah Bangla Team that were active to radicalize the youth of the state.

The Chief Minister said that many cadres of the extremist outfits were arrested from some mosques and madrassas in recent times.

“Both the people and the law enforcing agencies have to keep a close vigil on the Imams and the madrassa teachers, especially those who are strangers,” he said.

All government-run madrassas in Assam were abolished and over 620 such institutions were converted into general schools from April 1 last year.

The Chief Minister had said that consultations were on at different levels with all stakeholders on the 800 Quomi madrassas which are among 1,500 private madrassas functional in the state.

“The number of madrassas does not automatically signify the number of ‘jihadis’. Our objection is only against unfamiliar teachers and Imams. They are using some madrassas as their shelter and we have to find those madrassas,” he said.