`Not all heroes wear capes’: How Kashmir firemen saved hundreds of lives during hospital inferno 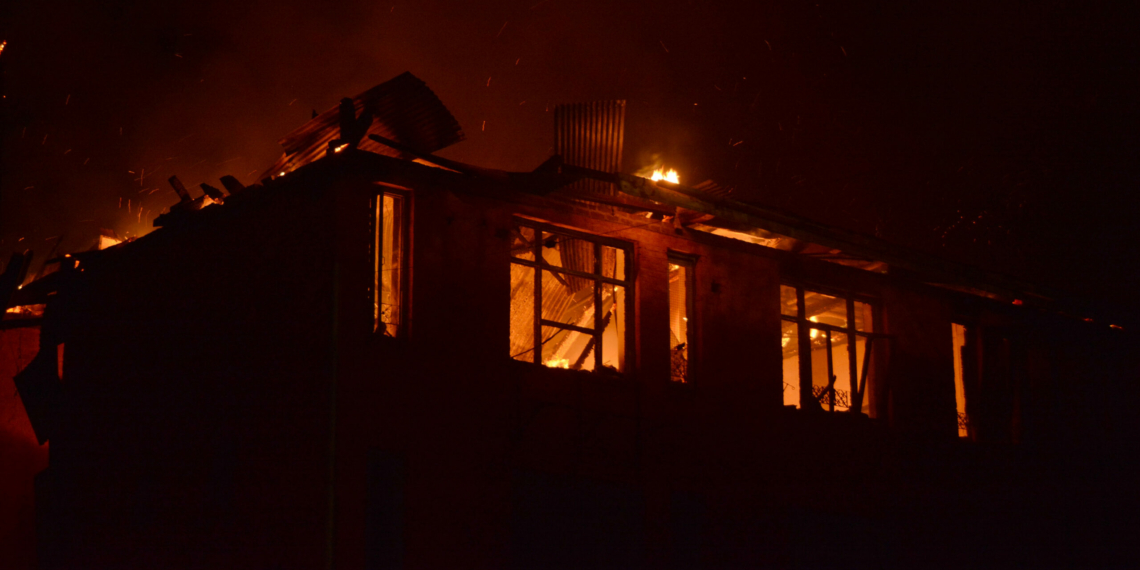 Srinagar: Glimpses of exemplary courage were witnessed at Bone and Joints Hospital on Friday night when brave firemen rescued hundreds of patients from the inferno.

At around 9:30 pm on Friday, Srinagar city was shaken by heartbreaking news of the fire at the only orthopedic tertiary care facility in the valley.

According to the officials, around 200 patients were admitted to the hospital at that time.

The fire originated in the Theatre block (In-Patient Department) on the upper floors of the three-storey building. Soon it enveloped the wards of the second floor in dense smoke, leading to less visibility. When the fire tenders arrived, billows of smoke poured out of the building.

“As soon as we received the SOS message, we reached the spot within minutes. It was all chaotic. We could hear the screams for help pouring in from all sides. Moreover, rescuing patients with orthopedic problems was a herculean task as most of them are immobile and had to be rescued along with beds, wheelchairs, and stretchers,” firefighter at Fire and Emergency Services, Srinagar, Mohammad Syed said.

Syed said things took a turn for worse as the majority of the wards lacked ramps. “God knows how we managed to do it. With no ramps at sight, we brought patients down the staircases while flames were pouncing at us,” he said.

Another firefighter Farooq Ahmad Baba said it was the scariest and most challenging rescue operation of his lifetime.

“We do get SOS calls from hospitals every now and then. But the flames of such magnitude with helpless patients around was something out of blue,” he said.

He recalled when they were trying to control the situation on the upper floor and dodging the burning ceiling which was falling down in pieces, the fire made its way to the second floor too. “At the same time, the patients had to be rescued amid the burning material. The patients gave us lots of duas given as we rescued them to safe places,” he said.

“The firemen along with officers involved in the rescue operation showed utmost dedication and sincerity to the duty and lived up to the motto of the department ‘We serve to save’ and deserves the highest level of appreciation,” Wani said.

He said in such scenarios, firefighters have to brave extreme heat and temperature. “They are dressed in proper gear and equipped with techniques to meet the challenges. However, it never stops being a difficult task,” Wani said.

Wani noted that the entire roof & ceiling of the building including the attic portion got severely damaged.

“While as hospital equipment in three operation theatres and wards of the second floor were partly damaged in the fire, the ground and first floor sustained indirect damage due to smoke and water,” Wani said.

He said the cause of the fire is being ascertained and the investigation is underway.