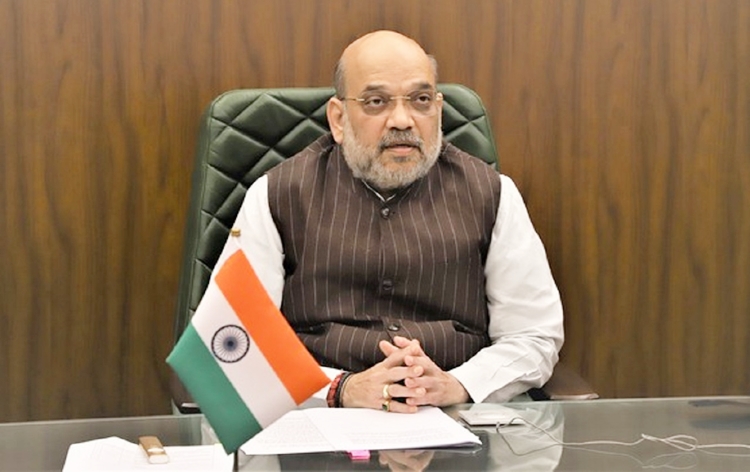 The meeting was also attended by the Union Home Secretary, Secretaries of the Inter-State Council Secretariat, Chief Secretaries of Member States in the Northern Region, and senior officials of the States and Central Ministries and Departments.

Amit Shah said that the regional councils have a long history in the development of the country. These councils provide an important forum for discussions in a cordial atmosphere between the Center and the State, settlement of disputed inter-State issues through unanimous agreement, enhancing regional cooperation between States, and issues of common national importance to be implemented across the country.

The Union Home Minister said that in the northern region, inter-state interaction and resolution of problems between the Center and the States are very important for the development of the country and for strengthening the federal structure. He said that earlier in the meeting of the Northern Zonal Council held in Chandigarh in 2019, 18 issues were discussed and out of these 16 issues were resolved.

The Northern Zonal Council also discussed the growing threat of cybercrime and strategies for its prevention. The Union Home Minister stressed upon the States and Union Territories to conduct awareness campaigns on cyber-vigilance through various mediums. Given the profound impact of cyber crimes on national security, public order, and economic activity, the Council emphasized the need to ensure the security of the nation’s cyberspace and the security of citizens as a whole. Amit Shah advised agencies of the Central and State Governments to use common software developed by the Ministry of Home Affairs, to work together to identify the issues of concern and trace the offenders and take strict action against them. In this context, it was decided that a committee under the chairmanship of the Union Home Secretary with all concerned departments and State governments would prepare a strategy to deal with the growing menace of cybercrime.

The Union Home Minister also stressed the need to train police officers, public prosecutors, and cutting-edge agencies including telecom companies, and their PoS agents with new technology and advanced skills. He called for maximum use of IT tools to detect cyber crimes and take systematic measures to prevent their recurrence.

The complex problems of sharing river water among the member states were also discussed in the meeting. Amit Shah also asked the concerned States to take a cordial approach to the issue and find a time-bound solution. Amit Shah said that all the stakeholders should come together to establish a strong cooperative mechanism for development, for which purpose the regional councils were created. He said that although the role of the Council is advisory, he is happy that in his three years of experience, more than 75 percent of the issues in the Council have been resolved by consensus. He said that they are moving towards achieving 100 percent results on issues requiring the building of national consensus.

The Union Home Minister said that in the last three years, many important issues related to the country have been included in various meetings of the Zonal Councils. These include forensic science lab and forensic science university, amendment in CrPC and IPC, banking service in every village of the country within a radius of five kilometers, mobile network in 100% of villages, providing rural population with all the facilities of State and Central government through a common service center, all the beneficiary schemes of the state and central government to reach directly into the account of the beneficiaries through 100% DBT and many issues related to national security.

A total of 47 issues were discussed in the 30th meeting of the Northern Zonal Council held in Jaipur today and the 19th meeting of its Standing Committee. Out of these, 4 issues have been identified as important topics at the national level, these are being regularly discussed and monitored in the meetings of various Zonal Councils. These include improving banking services in rural areas, monitoring cases of rape and sexual offenses against women and children, setting up fast-track courts for such cases, and implementing Direct Benefit Transfer (DBT). Of the 47 issues that were discussed, 35 issues have been resolved. It shows the resolve and commitment of the Modi government towards the all-around development of the nation in the spirit of cooperative federalism.

It was also appreciated in the meeting that as per the vision given by Prime Minister Narendra Modi to expand the banking network in rural areas, a lot of progress has been achieved in the direction of providing banking facilities within 5 km to all the villages. This issue was discussed in the meetings of all the Zonal Councils during the last 3 years including today’s meeting of the Northern Zonal Council. Based on the discussions and suggestions in these meetings, the Department of Financial Services, Department of Posts, and the Ministry of Cooperation will prepare a roadmap for setting up IPPB touch points of bank branches (including co-operative bank branches) and post offices within 5 km in each village in a time-bound manner. The expansion of such bank branches/IPPB touch points in the Northern Region States and Union Territories was especially discussed in this meeting in Jaipur. The Union Home Minister expressed hope that this action will be completed soon for these States and Union Territories.