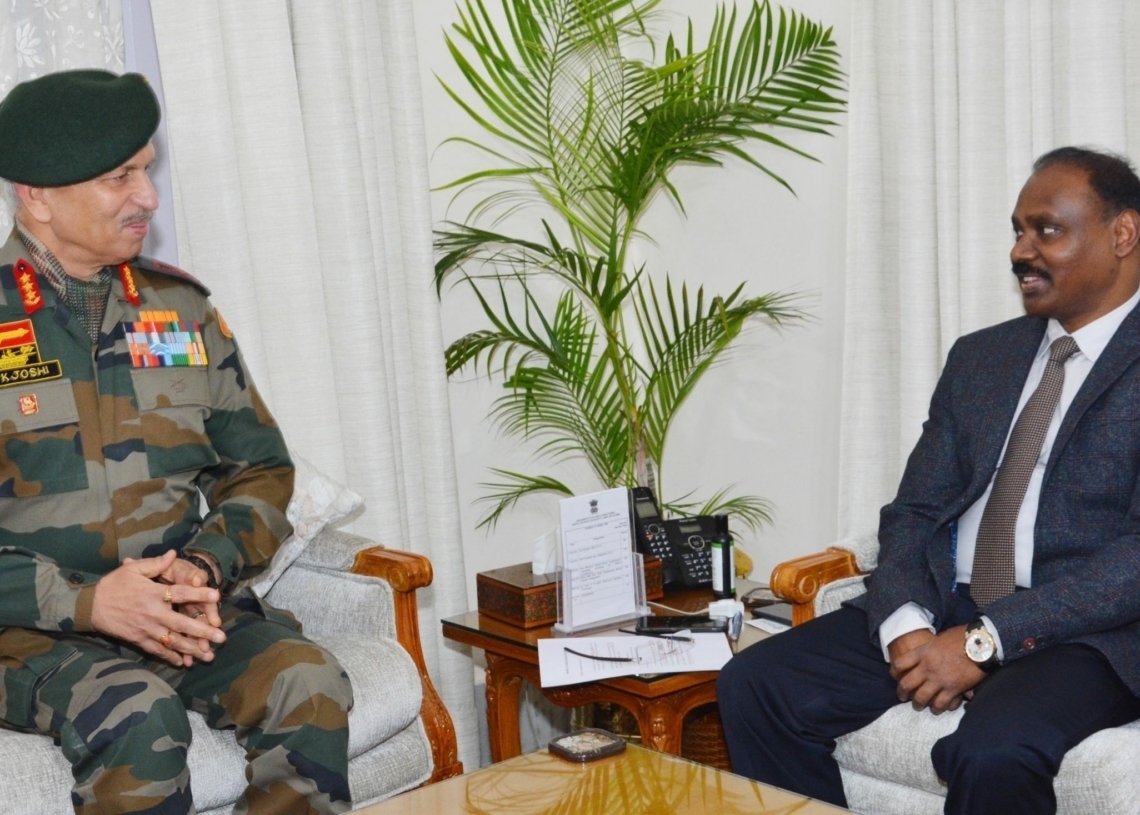 Lt Gen Y K Joshi briefed the Lt Governor about the overall security situation along the International Border, LoC and hinterland and the anti-terrorist operations being conducted by the Army.

The Lieutenant Governor and the Army officer also discussed various important matters relating to the role being played by the Army in safeguarding the territorial integrity and the internal security of Jammu and Kashmir.

The Lieutenant Governor lauded the army for their exemplary devotion in maintaining a constant vigil along the borders and conducting successful anti terrorist operations in co-ordination with the Jammu and Kashmir Police and Central Armed Police Forces in the hinterland.