North Kashmir: Woman’s body exhumed for autopsy as family finds out she had consumed poison 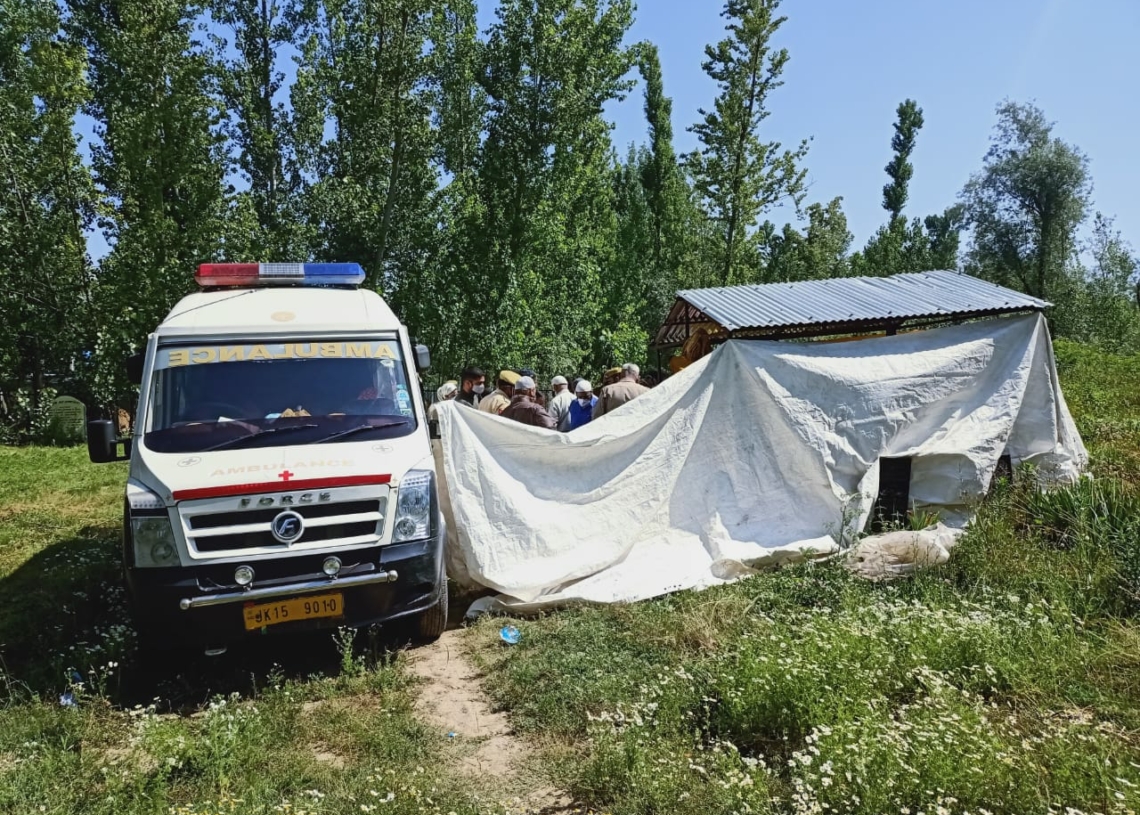 Srinagar: After Bandipora Administration permitted the exhumation of the body of a woman who died on 7 June, a team led by Naib Tehsildar in presence of health officials and police exhumed the body in Khumna Baharabad area of Hajin in north Kashmir’s Bandipora district.

Pertinently, on 7 June this month, a woman namely Shaheena area of Khumna Baharabad area of Bandipora died at a local hospital in Bandipora. She was buried at her native graveyard.

After her death, the family emerged in Press Enclave Srinagar and staged a protest demanding exhumation and post-mortem of the deceased woman who died in the house of her in-laws of North Kashmir’s Bandipora district.

Tosha Begum, the mother of the deceased woman told a local news agency: “My daughter was married to a man Muhamamd Shafi Sheikh of Gund Jahangir. Both had three children. She died recently and we believed it was a natural death. A couple of days back, the son of my deceased daughter while cleaning the room found an ‘Out Patient Card’ of Community Health Centre Sumbal that belonged to my deceased daughter. The card revealed that my daughter had consumed insecticide and doctors had advised her husband to refer her to Srinagar hospital for stomach wash.”

She said instead of referring her to Srinagar hospital her husband took her to home where she died.

To ascertain the cause of death, they approached deputy commissioner Bandipora who allowed exhuming the body so that a postmortem could be conducted on it.

Local sources said a team led by Naib Tehsildar Hajin, Police and health officials exhumed the body in early morning and took her to CHC Sumbal where her postmortem will be done.

A police official said that taking cognizance of the complaint from the deceased woman’s family, police had already arrested her husband Muhammad Shafi and driver Mushtaq Ahmed and further investigation is on. (KDC)