None tests positive for COVID-19: Forces intensify screening of personnel across J&K 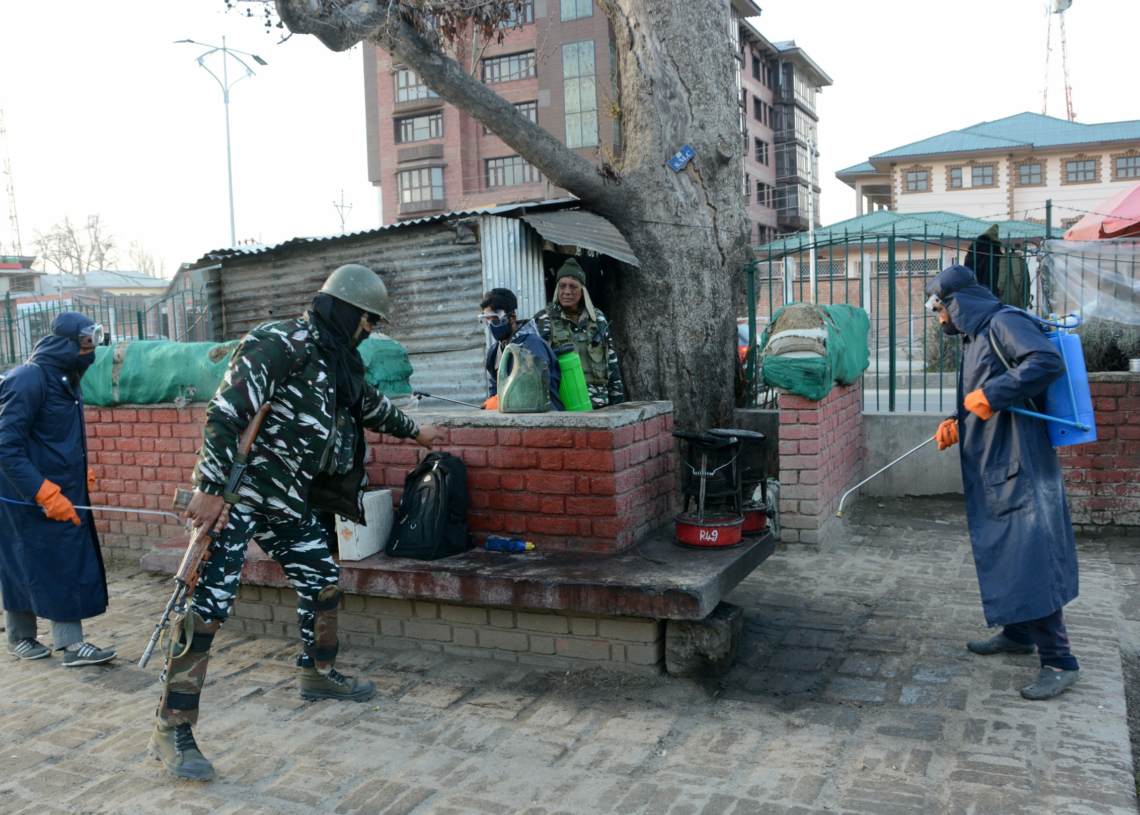 Srinagar, Mar 17: Security forces have intensified screening of their personnel as a precautionary measure to prevent the spread of coronavirus in Jammu and Kashmir.

Army, CRPF, BSF, and police have set up isolation wards across their units in Jammu and Kashmir. Hundreds of personnel are screened every day by the specialized team of doctors at different facilities.

Army on Tuesday said all of their battalions in the union territory have successfully passed through the screening process and none of their personnel has been found infected by the virus.

“Northern command at Udhampur has not reported any cases of suspected coronavirus. We have an isolation ward but none of the personnel is admitted,” said Lieutenant Colonel Abhinav Navneet, defence spokesman at Northern Command Headquarters.

Lieutenant Colonel Navneet noted that the soldiers returning from home are being screened regularly.

Srinagar based defense spokesperson Colonel Rajesh Kalia said none of the army personnel have shown any symptoms of coronavirus infection. “We haven’t screened anyone here since everything is fine within 15 Corps,” he said.

CRPF spokesman Neeraj Rathore said they conduct screening of at least 10 to 15 personnel on average daily.

“On average, 10 to 15 personnel join their duties after a break every day. The returnees are being constantly screened and no one has shown any symptoms of coronavirus so far,” he said.

Rathore said they have already set up isolation wards in their units across Jammu and Kashmir, and Ladakh. “In case anyone shows symptoms, he will be shifted to some reputed hospital of the union territory,” he said.

“We have a command hospital in Srinagar where all these tests are being done. All the personnel has been declared coronavirus negative by the health experts. The regular screening is an ongoing process, which shall continue till the coronavirus scare subsides,” he said.