Nominate your choice of inspiring people for Padma awards: PM Modi to citizens 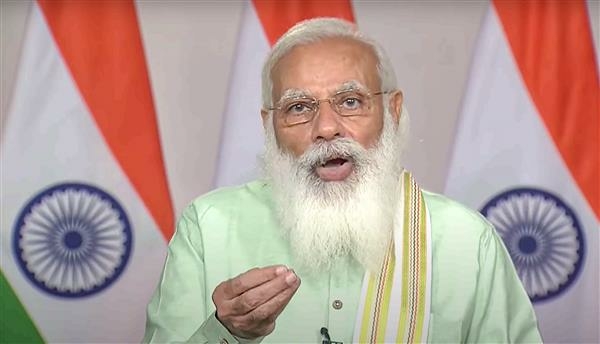 New Delhi: Prime Minister Narendra Modi on Sunday urged people to nominate their choice of persons, who are doing exceptional work at the grassroots, for Padma awards. x

In a tweet, Modi said India has many talented people doing exceptional work at the grassroots but they are often not much known.

“India has many talented people, who are doing exceptional work at the grassroots. Often, we don’t see or hear much of them. Do you know such inspiring people? You can nominate them for the #PeoplesPadma. Nominations are open till 15th September.

The Padma awards, namely, Padma Vibhushan, Padma Bhushan and Padma Shri are amongst the highest civilian awards of the country.

In the last few years, the Modi government has been honouring scores of unsung heroes with the Padma awards for their life-long contributions to the society and achievements in different fields.

Instituted in 1954, these awards are announced on the occasion of the Republic Day every year.