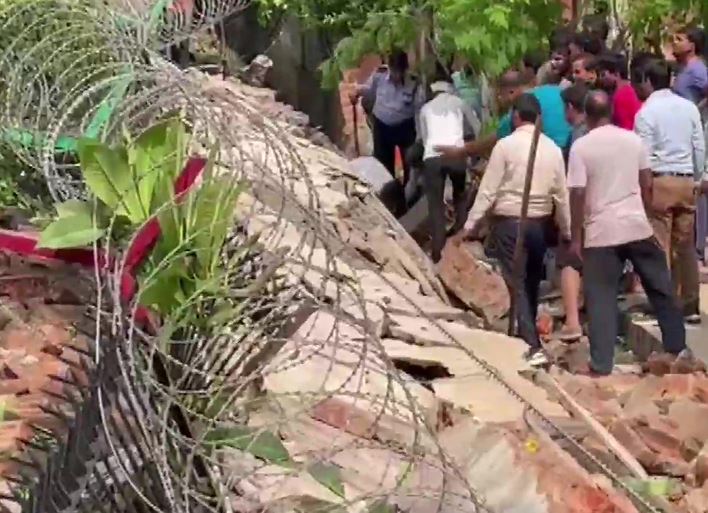 In a major mishap, a portion of the boundary wall of a housing society Jal Vayu Vihar in Noida collapsed Tuesday morning. Some workers are feared trapped under the rubble, news agencies reported. The incident took place at Jal Vayu Vihar in Sector 21. Bulldozers were pressed into action to clear the debris for rescue work.

“Rescue and relief measures have been launched. Fire department personnel and police, including senior officers, are at the spot,” a police official said.

Uttar Pradesh Chief Minister Yogi Adityanath has expressed grief over the loss of lives. He has directed senior officials to reach the spot immediately and continue rescue operations on war footing.