No vehicle with outside number to ply without registration in J&K: Govt 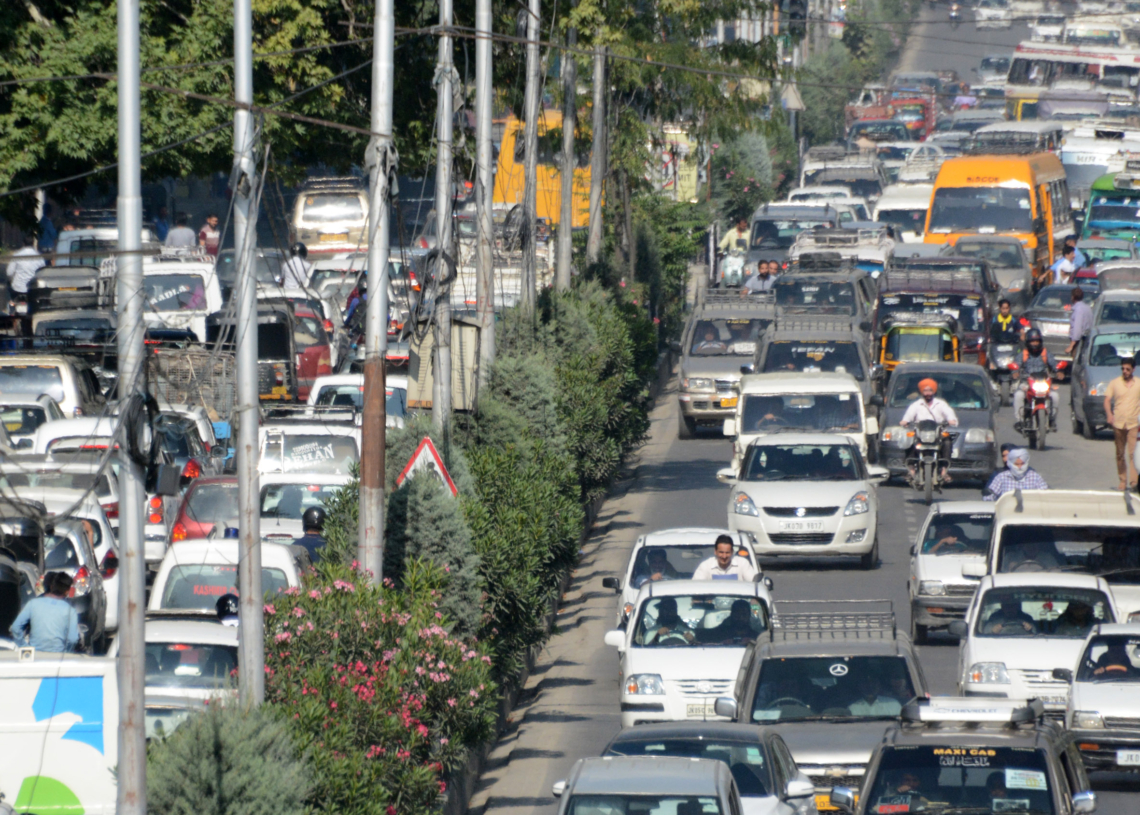 Srinagar: Authorities have ordered that no vehicle with outside number shall ply in any public place unless registered in accordance with Motor Vehicles Act in J&K.

“It has been observed that considerable number of vehicles registered outside Jammu & Kashmir (from adjoining States of Punjab, Haryana and Delhi etc.] have been purchased by the residents of the Jammu and Kashmir and are being plied across the Jammu & Kashmir unauthorizedly, without having been registered with the concerned Registering Authorities (RTOs/ARTOs), in contravention to the explicit provisions of the Motor Vehicles Act, 1988, Central Motor Vehicles Rules, 1989,” reads a circular issued by Hirdesh Kumar Commissioner Secretary to Government, Transport Department.

“It has been reported that number of old vehicles purchased from outside J&K are also being plied in the Jammu and Kashmir without paying token tax/road tax as required under J&K Motor Vehicles Taxation Act, 1957 and without the transfer of ownership in favor of purchaser (transferee] and the state exchequer is bereft of considerable amount on this account,” the circular reads, “There is high probability of such vehicles being used for carrying unlawful activities.”

The government referred to ‘relevant sections’ of the Act, underlining that every owner of a motor vehicle shall cause the vehicle to be registered by the registering authority in whose jurisdiction he has the residence or place of business where the vehicle in normally kept.

Refereeing to section 47, the Circular said stated that when a motor vehicle registered in one State has been kept in another State, for a period exceeding twelve months, the owner of the vehicle shall within such period and in such form containing such particulars as may be prescribed by the Central Government, apply to the registering authority, within whose jurisdiction the vehicle then is, for the assignment of a new registration mark and shall present the certificate of registration to that registering authority.

Referring to section 50 dealing with transfer of ownership, it reads that in the case of a vehicle registered within the same State, within fourteen days of the transfer, report the fact of transfer, in such form with such documents and in such manner, as may be prescribed by the Central Government to the registering authority within whose jurisdiction the transfer is to be effected.

In the case of a vehicle registered outside the State, within forty-five days of the transfer, the copy is to be forward to the registering authority.