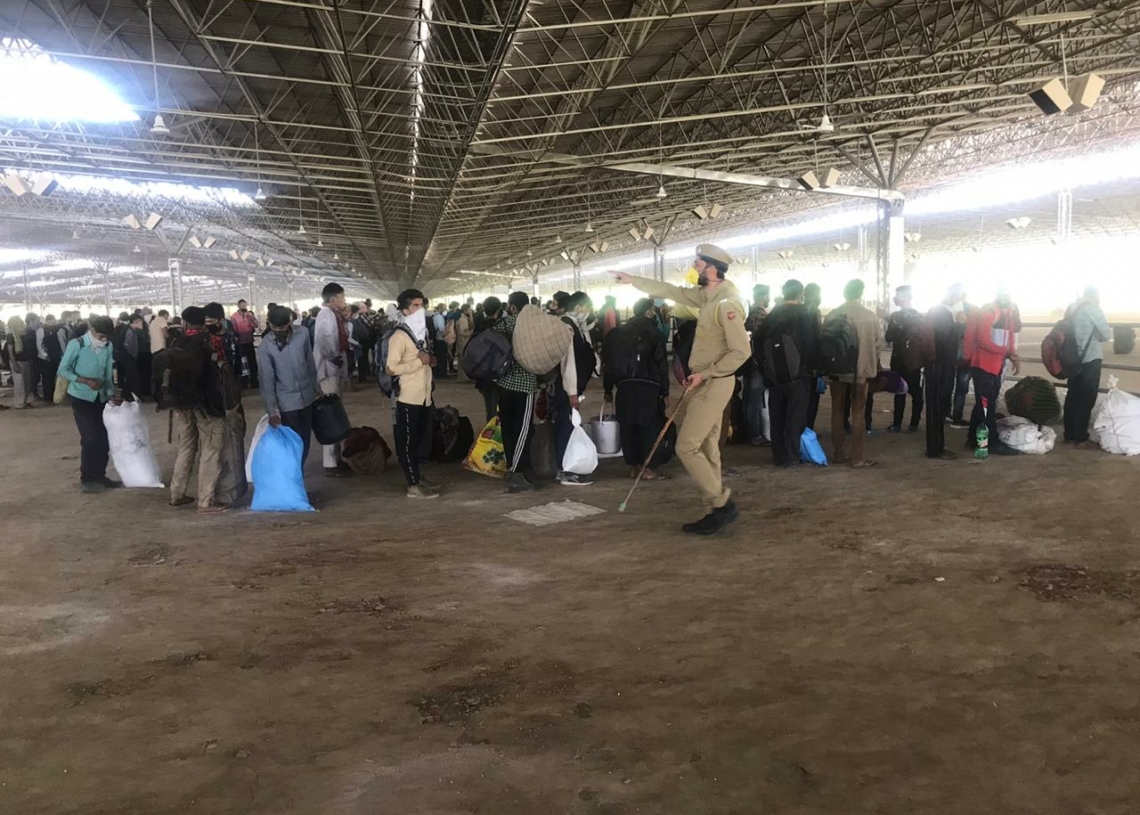 Srinagar: Around 7000 persons, mostly Kashmiris’ are living the worst nightmare of their life at Radha Swami Satsang Beas campus that has been converted into a transit camp at Samba in Jammu.

Most of the people lodged in the facility include students, businessmen, and migrant workers who were returning to Kashmir from Delhi, Bhopal and other states.

Seemingly unknown to the protocols, the people sit together in groups under the open sky. A trail of chaos and uncertainty engulfs the crowd, who are appalled at the government’s preparedness.

“The facilities at the centre are grossly inadequate. There is no proper bedding or separate spaces. We are sleeping in open,” said Imtiyaz Ahmad, a Kashmiri businessman who had arrived from Delhi along with his family.

He noted that social distancing is a farfetched thing at the camp which lacks even the basic facilities.

“People are gathering together in large groups and there is no concept of social distancing. God forbid if even one person is corona positive, it will have grave consequences,” Imtiyaz said.

A group of 365 Kashmiri students, arriving from Bhopal too had a sorrowful tale to tell. “We reached at 3 am by bus. At Lakhanpur, our bus driver had a heated argument with the officials as they directed him to take us to the quarantine centre at Samba,” said Zia, who is pursuing M.Phil from Rabindranath Tagore University, Bhopal.

He said he along with other students somehow pacified the driver. “We paid him from our pocket for the bus journey from Lakhanpur to Samba. Here, we were shell shocked after seeing the condition of the quarantined people,” he said.

Zia noted that they couldn’t sleep the whole night and were left with mosquito bites. “They offered us some pieces of foam and blankets which were yet to be dusted off,” he said.

Divisional Commissioner, Kashmir Pandurang K. Pole said the problem has arisen due to the unregulated flow of returnees.

“The authorities have framed intensive protocols and established detailed procedures for their district wise return. However, some persons come on their own, which leads to chaos,” Pole said.