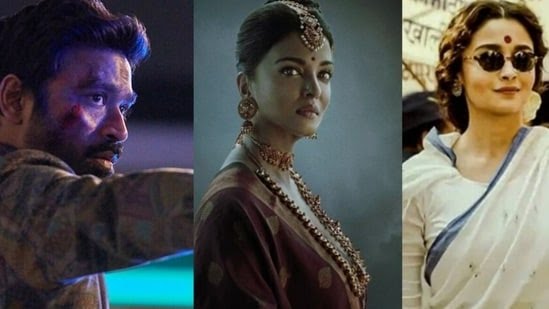 Mumbai: Actor Dhanush, who was most recently seen in the Tamil movie ‘Naane Varuvean’ and has become a global star with ‘The Gray Man’, has grabbed the top spot in the IMDb list of Top 10 Most Popular Indian Stars of 2022. The actor appeared in five titles this year – ‘The Gray Man’, ‘Maaran’, ‘Thiruchitrambalam’, ‘Naane Varuven’ and ‘Vaathi’

Dhanush is followed by ‘Brahmastra’ actress Alia Bhatt, who also starred in the pan-India magnum opus ‘RRR’, ‘Gangubai Kathiawadi’ and the streaming movie ‘Darlings’ (her debut as a producer), this year.

Talking about her inclusion in this year’s list, Alia said, “2022 has by far been the most memorable year I’ve had at the movies-I am forever thankful for the love the audience gave all my films this year and feel honored to have collaborated with our country’s finest filmmakers and artistes. I hope I can continue to entertain the audience for as long as I face the camera! Love and light.”

The list comprises stars who consistently ranked the highest on the IMDb weekly ranking chart throughout 2022. These rankings are based on the actual page views of the more than 200 million monthly visitors to IMDb worldwide.

The third spot was grabbed by Aishwarya Rai Bachchan, who returned to cinema after five years with Mani Ratnam’s ambitious ‘Ponniyin Selvan: Part I’ which proved to be one of the biggest movies this year at the box office.

‘Yashoda’ actress Samantha Ruth Prabhu was placed at the 5th spot followed by Hrithik Roshan at the 6th spot and Kiara Advani, who captivated audiences ‘JugJugg Jeeyo’ and ‘Bhool Bhulaiyaa 2’ in 2022 acquiring the seventh spot on the list.