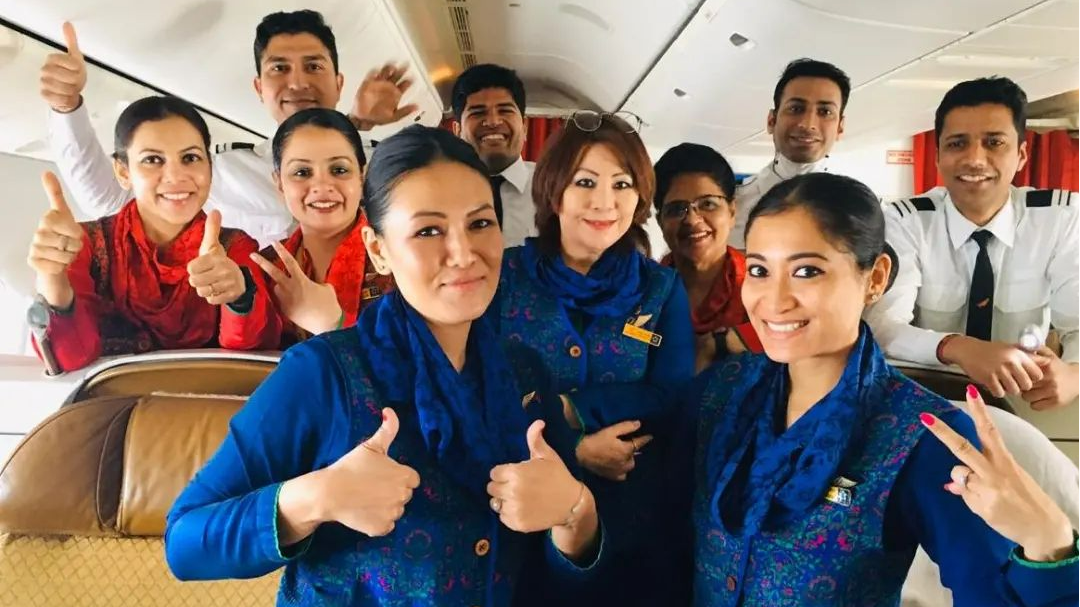 New Delhi: Regular coloring of grey hair and no black or religious thread on the wrist or ankle are parts of Air India’s new grooming guidelines for its cabin crew.

The new guidelines said that male crew with a deep receding hairline or balding patches must keep a clean-shaven or bald look. It also said that the head must be shaved daily.

The grooming guidelines said that while grey hair is not permitted, it must be regularly colored in a natural shade and fashion colors and henna are not allowed.

Similarly, for female crew members, the guidelines do not permit pearl earrings. It includes an optional bindi within 0.5cm in size, only one bangle without design and stones, and no high top knots or low buns for the hair.

It also said that religious rings with colored stones and pearls, nose pins, and neck jewelry along with thumb rings are not allowed.

The airline did not comment on the guidelines on Thursday.

Earlier, soon after the acquisition, Tata group advised its cabin crew to wear minimum jewelry to avoid flight delays. It had said that the cabin crew must adhere to the uniform regulations with emphasis on minimum jewelry being worn in order to avoid any delays at customs and security checks.

Air India in September unveiled its comprehensive transformation plan, to establish itself as a world-class global airline with an Indian heart – the absolute best in class in customer service, technology, product, reliability, and in hospitality. The plan is titled “Vihaan.AI with identified objectives for Air India over the next 5 years.”

After 69 years as a government-owned enterprise, Air India and Air India Express were reacquired by the Tata group in January 2022. Post the acquisition, time-bound transformation milestones have been laid out and a series of steps have been initiated towards achieving the same in order to ensure Air India once again emerges as a world-class airline.