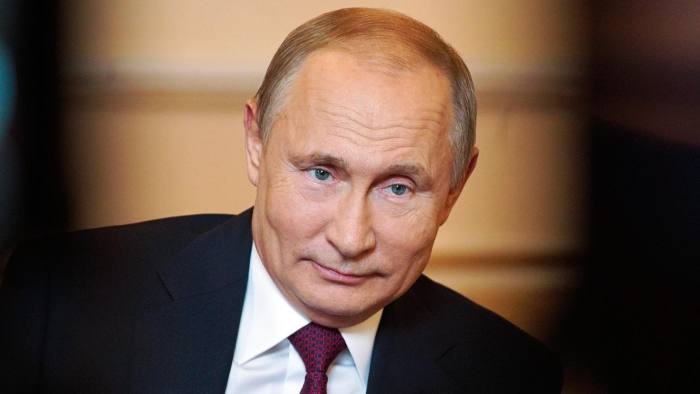 Seeming feeling the heat of sanctions, Russian President Vladimir  Putin softened his stand and said his country does not want to occupy Ukraine.

He said Russia was left with no other option but to launch a special military operation in Ukraine “for self-protection”.

He said Russia has thwarted Ukraine’s plans to attack Crimea and Donbass. He said the special operation in the country is going according to the plan.

Putin said that his military campaign in Ukraine was a success and that he would not allow the country to become a “springboard” used to threaten Russia.

“The operation is developing successfully and in strict accordance with plans,” Putin said, adding Russia had no choice but to send in troops. “We will not allow Ukraine to serve as a springboard for aggressive actions against Russia.”

In a scathing attack on the West, he said it is pushing Ukraine to continue bloodshed by supplying arms to Kyiv.

Calling out the West for its brazen “anti-Russia” stand, Putin said they did not even bother to hide that they aim to damage the entire Russian economy, every Russian.

President Putin also compared the avalanche of Western sanctions on Russia imposed over the Ukraine conflict to anti-Semitic violence by fascists.

“The West dropped its mask of civility and began to act belligerently. It begs a comparison to the anti-Semitic pogroms” of Nazis, Putin said.