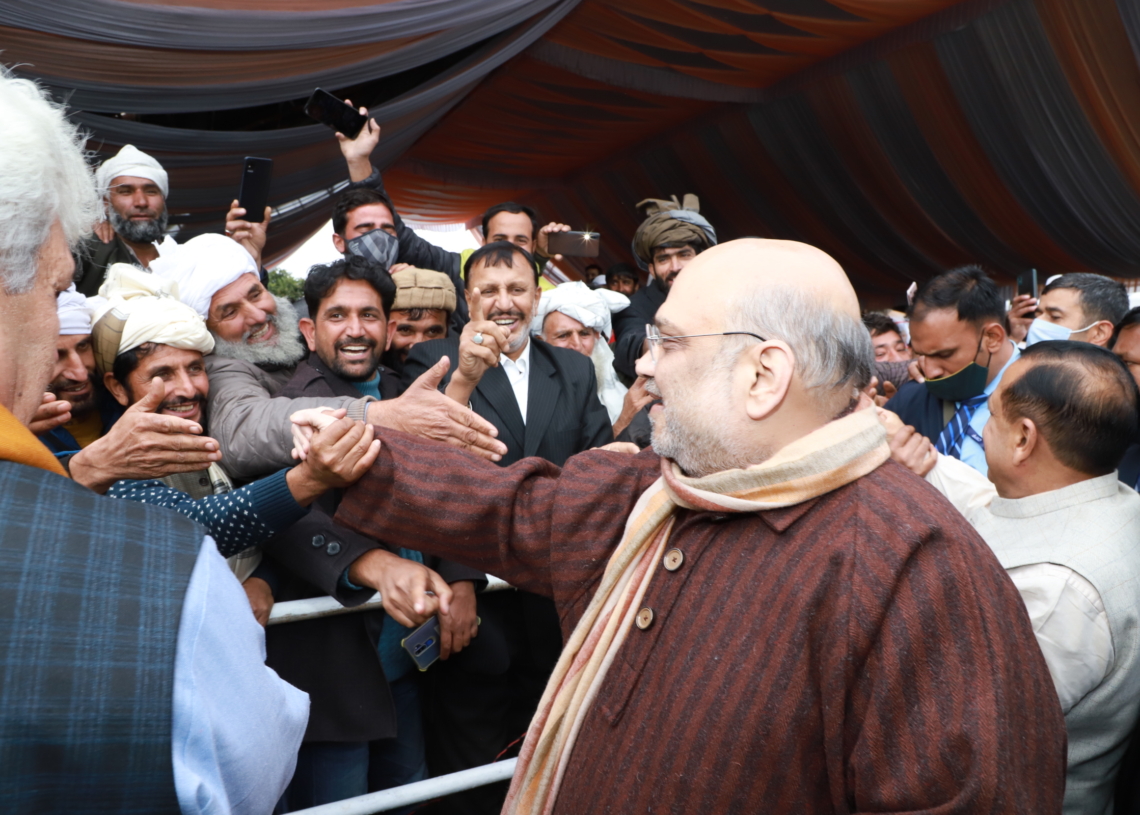 Union Home Minister Amit Shah who is on a three-day visit to J&K had his bulletproof glass shield removed from the podium before addressing the gathering at Sher-i-Kashmir International Convention Centre (SKICC) on Monday.

Having his shield removed, the union minister clarified that he wanted to speak to the crowd frankly in the absence of any security or a bulletproof shield. “I was taunted, condemned…Today I want to speak to you frankly. Issi liye na koi bulletproof hai, na security (which is why there is no bulletproof shield or security here)…Farooq Sahab has suggested me to speak with Pakistan but I will speak to the youth and & people of the Valley,” Amit Shah said during his address.

This is the Home Minister’s first visit to the valley since the revocation of article 370. Amit Shah, who arrived in Srinagar on Saturday met the family of a police officer killed by militants earlier this year and reviewed the security situation and steps taken to combat militancy in Kashmir Valley.

Addressing a rally in the Bhagwati Nagar area, Shah on Sunday said Jammu and Kashmir are in the heart of PM Modi and thus will no longer suffer discrimination.

“The time for sidelining the people of Jammu has come to an end and now both Kashmir and Jammu will be developed together.” Shah was quoted as saying.

Amit Shah’s visit to the valley comes amid a spate of attacks on non-local workers in J&K. In October, 11 people have lost their lives in shootings targeting civilians. Five of those killed were labourers from Bihar, while three, including two teachers, belonged to minority communities in Kashmir.

Security was beefed up across Kashmir ahead of Shah’s visit. Additional forces have been deployed, particularly in the city, officials said. Fifty companies of additional paramilitary forces, about 5,000 troopers were inducted into the Valley. Bunkers manned by CRPF forces have come up in several areas of the city as well as in other parts of the Kashmir valley.