No evidence supports the presence of Leopard in Natipora so far: Regional Wildlife Warden 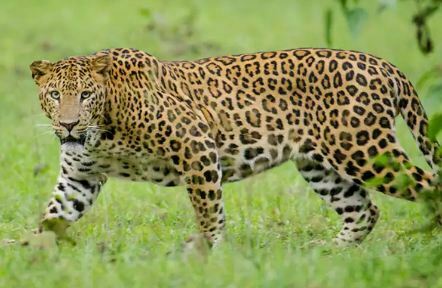 Srinagar: Amid reports of the presence of Leopard in Har Nambal area of Natipora, Srinagar, the wildlife department rushed its teams to the area but so far “there is no evidence that supports the presence of the animal in the area.”

Regional Wildlife warden Kashmir, Rashid Naqash told KNO that immediately after they received information about the presence of a leopard in Har Nambal area of Natipora on Saturday late evening through Police Control Room (PCR), a team was rushed to the spot to ascertain and scan the area.

“Movement of leopard is being ascertained and established on the basis of direct and indirect evidence. So far no such evidence supports its presence in the area,” he said. Last night, locals had reportedly spotted a leopard in the area after which panic had gripped in the entire Natipora locality. Locals had informed police after which Police Control Room (PCR) Srinagar apprised the wildlife department about the issue—(KNO)