No change in Omicron BA.4, BA.5 severity or transmissibility so far: WHO 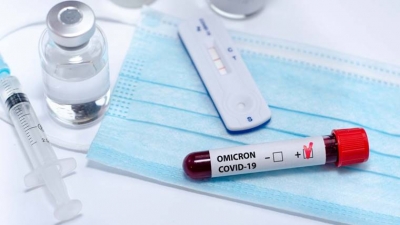 Geneva: While there have been a few cases of new Omicron sub-variants BA.4 and BA.5, so far there is no change seen in the severity or transmissibility, the World Health Organisation has said.

The new sub-variants have to date been detected in South Africa, Botswana, Belgium, Germany, Denmark, and the UK.

The global health agency earlier said that it is keeping a track of the new variants.

“There are less than 200 sequences available so far and we expect this to change…We are tracking (the virus) very closely to see if there is any uptick in case detection, but (so far) we haven’t seen any change in epidemiology or severity,” WHO lead epidemiologist Dr. Maria Van Kerkhove said at a press event on Wednesday.

The global health agency said it had begun tracking the two sub-variants because of their “additional mutations that need to be further studied to understand their impact on immune escape potential”.

In its latest weekly epidemiological update, the WHO noted that the number of new Covid-19 cases and deaths continues to decline. During the week of April 4-10 for a third consecutive week, more than 7 million cases and over 22,000 deaths were reported, a decrease of 24 per cent and 18 per cent, respectively, as compared to the previous week.

“On Covid-19, there’s good news. Last week, the lowest number of Covid-19 deaths was recorded since the early days of the pandemic,” WHO Director General Tedros Adhanom Ghebreyesus told a press briefing in Geneva on Wednesday.

However, the agency warned that lower case numbers and deaths do not necessarily mean ‘lower risk’ as the pandemic continues to remain a public health emergency.

Ghebreyesus advised countries to be prepared to scale up Covid-19 response rapidly.

He reiterated that higher testing and sequencing rates are vital for scientists to track existing variants and to identify new ones as they emerge.

“At present there are a number of Omicron sub-lineages we’re following closely, including BA.2, BA.4 and BA.5 and another recombinant detected, made up of BA.1 and BA.2”, he said.

WHO’s director of emergencies, Michael Ryan, warned that as the virus continues to evolve, the world “cannot simply afford to lose sight of it”.

“It would be very short-sighted at this point to assume that lower numbers of cases mean absolute lower risks. We are pleased to see deaths dropping but this virus has surprised us before, it has caught us off guard before,” he added.

Meanwhile, WHO’s lead scientist Dr. Soumiya Swaminathan, said that sub-lineages and recombinants will continue to appear, and the world must continue investing in improved tools such as new vaccines.

“We have to be prepared for the possibility that this virus can change so much that it might be able to evade existing immunity”, she said.

Ghebreyesus emphasised that currently, the virus remains deadly, especially for the unprotected and unvaccinated that don’t have access to health care and antivirals.

Besides getting vaccinated, he also advised people to continue wearing masks – especially in crowded indoor spaces and maintain good ventilation.

The WHO chief also urged forA equitable distribution of Covid tools and strengthening of health systems.

“Bridging the vaccine equity gap is the best way to boost population immunity and insulate against future waves”, he highlighted.