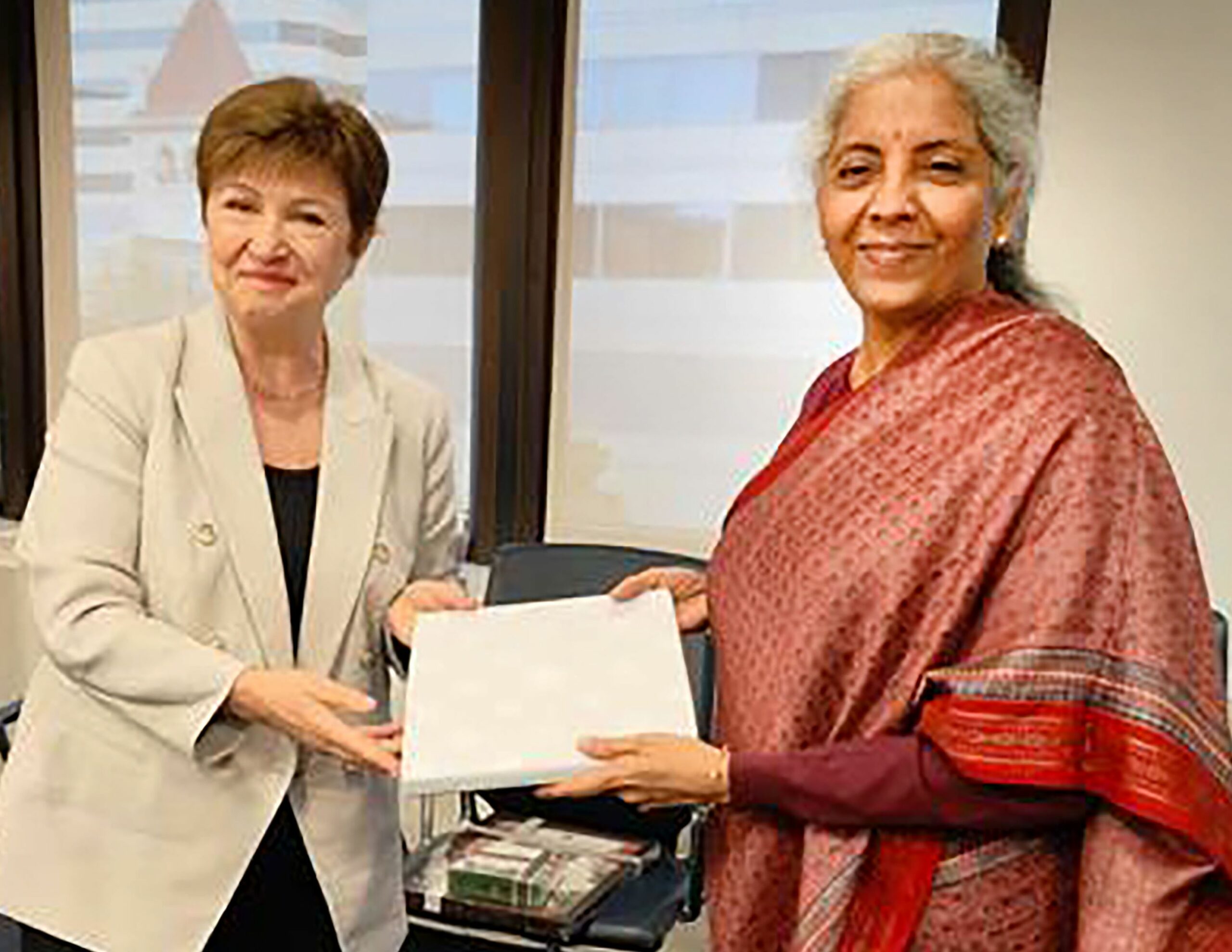 New Delhi: Finance Minister Nirmala Sitharaman made a strong case for regulating cryptocurrencies at the global level to mitigate the risk of money laundering and terror funding.

Participating in a high-level panel discussion organised by the IMF, she said, “I think the biggest risk for all countries across the board will be on the money laundering aspect and also on the aspect of currency being used for financing terror.”

Earlier at a meeting with Sitharaman, IMF Managing Director Kristalina Georgieva lauded India’s “well-targeted policy mix that has helped its economy remain resilient even with limited fiscal space”. Georgieva also appreciated India’s help to Sri Lanka in tackling its economic crisis and assured that the IMF would continue to actively engage with the island nation.

Sitharaman and Georgieva discussed a range of issues, including the impact of the geopolitical situation on global growth, and agreed to deepen their cooperation.

They voiced concern over the impact of the recent geopolitical developments on the global economy and the challenges faced by countries due to rising energy prices. “During her conversation, Sitharaman stressed on the government’s commitment to support economic growth through capital expenditure. She underlined that India’s accommodative fiscal stance accompanied by major structural reforms and strong monetary policies have helped the country’s post-pandemic economic recovery,” said a Finance Ministry tweet.

To achieve high growth, the government has raised capex by 35.4% for 2022-23 to Rs 7.5 lakh crore as against Rs 5.5 lakh crore in the last fiscal. India is expected to record the highest growth rate among large economies of the world.