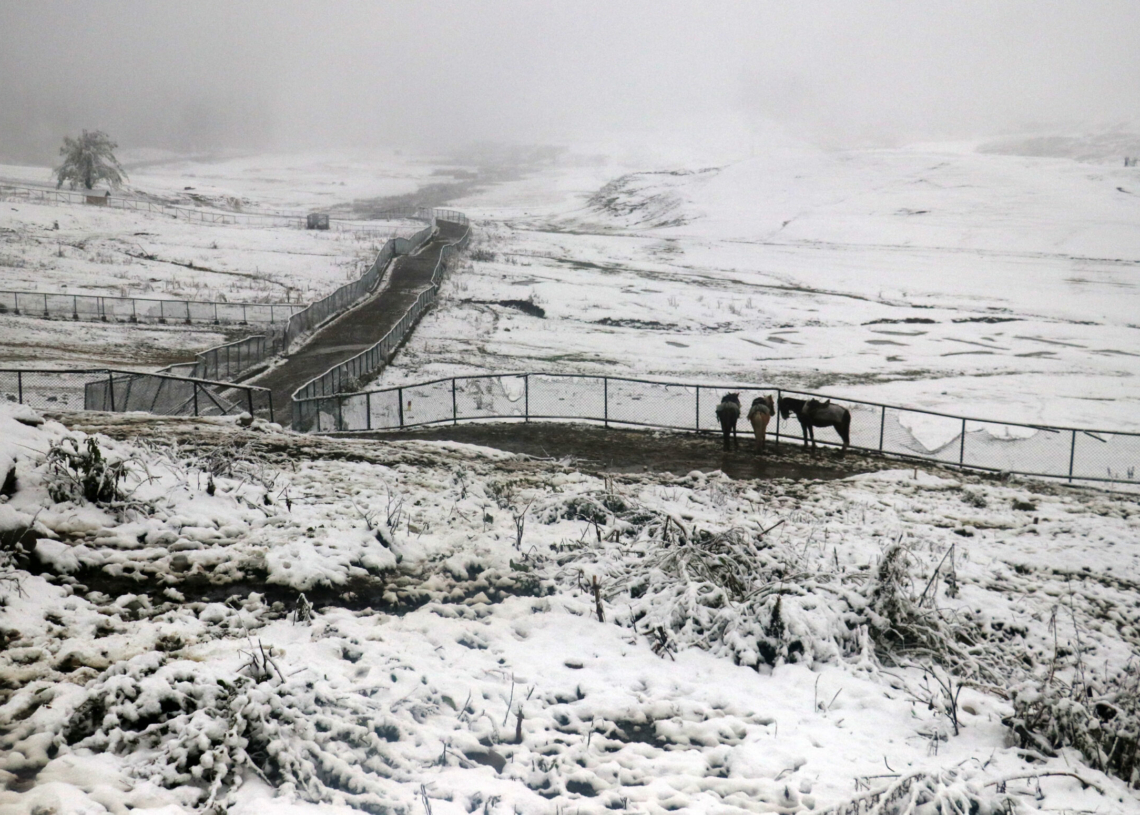 Srinagar: Minimum temperatures dropped across Jammu and Kashmir and Ladakh on Sunday due to snowfall in the mountains and incessant rain in the plains during the last 24 hours.

The Met Office said that Srinagar recorded 6.6 degrees Celsius as the maximum temperature on Saturday which was the lowest day temperature in October after 39 years.

Meanwhile, Srinagar recorded 2.8 degrees Celsius, Pahalgam minus 0.1 and Gulmarg minus 3.0 as their minimum temperatures on Sunday.

Weather is likely to remain cloudy with rain at isolated places during the next 24 hours.