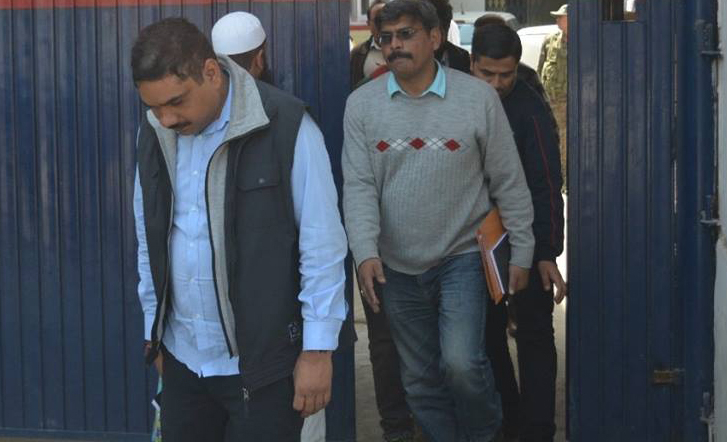 Srinagar, Oct 02:A team of the National Investigation Agency (NIA) on Tuesday searched the residence of a businessman in Srinagar in connection with a “terror” funding case, police sources said.

NIA carried out searches at the residence and office premises of Ajaz Ahmad Hakak in connection with its ongoing probe into the hawala funding by the Pakistan-based Falah-e-Insaniyat Foundation (FIF), reports quoting NIA officials said.

The raids were carried out in Srinagar’s old city area at Hakak’s Nowhatta residence. There was no report about any seizure made.

The NIA action comes a week after it had busted a hawala network linked to the FIF and arrested three persons from Delhi, including a Kashmir-based hawala courier.

The agency had seized over Rs 1 crore in cash and Rs 43,000 in Nepali currency and several incriminating documents from the arrested men.

According to the NIA, some Delhi-based individuals were receiving funds from FIF operatives based abroad and were using the money for “terror” activities in the country.

Salman was said to be in regular touch with a Dubai-based Pakistani national, who in turn was connected with the deputy chief of FIF, a charity group linked to the Lashkar-e-Taiba (LeT).

The FIF is a Lahore-based organisation established by Jamat-ud-Dawa and acts as a front for the LeT. FIF was founded in 1990 by Hafiz Mohammad Saeed, the alleged mastermind of the 2008 Mumbai attack.