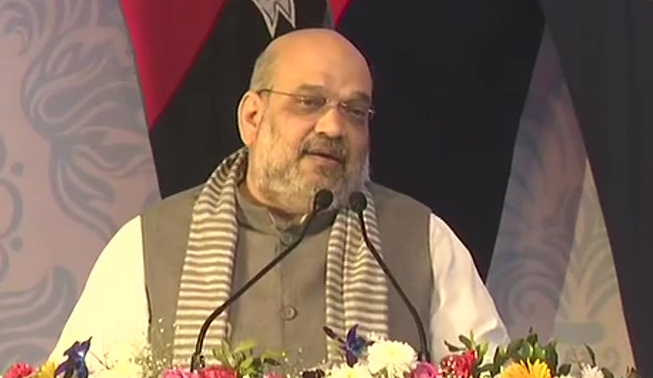 “I can confidently say that NIA has greatly helped in rooting out terrorism from Jammu and Kashmir. Due to NIA’s alertness, the financial routes of terrorists have been shut down. NIA has registered several cases against the overground workers in Jammu and Kashmir and has done well in destroying their sleeper cells. The cases registered by the NIA for the first time in 2018 and 2019 have not left easy avenues to provide money to terrorists today. This has dealt a severe blow to both their logistics and supply of arms,” Shah said addressing the 13th NIA Day celebrations.

He said there can be no greater violation of human rights than terrorism. “That is why complete eradication of terrorism is very important to protect human rights. Terrorism is a curse for any civilized society. India has suffered the greatest pain from this curse,” he said.

Shah said the NIA has exposed the identity of those who help terrorism and yet live with dignity in society. “NIA has also started investigating cases of Left Wing Extremism have been provided ammunition and logistics and some cases have been given to the NIA to investigate Terror Funding as well as the origin of the funding of Left Wing Extremist Organizations,” he said.

He said 105 cases related to terror funding were registered, 94 charge sheets were filed against 876 accused, 796 accused have been arrested, out of which 100 accused have also been convicted, which is a major achievement,” he said.

Shah said it has been the government’s efforts to share all terrorism-related information with police and agencies of all states and strengthen anti-terror laws.

“The aim should be for 100 percent conviction in terror cases. Anti-terrorism operations can progress on these four pillars and I am glad that NIA has progressed very well on these pillars. If we analyze the terrorism cases in the country from 2000 to 2022, then many incidents come to mind, but some incidents are such that trigger reforms in the system. The Mumbai terror attack was one such incident after which the National Anti-Terror Agency was formed,” he said.

He said all agencies became aware of the need to crack down on terror financing, “There has also been a qualitative improvement in terror investigation and there are also time-bound programs on the right use of intelligence systems and intelligence at the right time. Police and all agencies, learning from this barbaric attack, have today strengthened their anti-terrorist operation,” he said.

Union Home Minister said since NIA was formed 13 years ago, more than 400 cases have been registered. “Challans have been filed in more than 349 cases, 2,494 criminals have been apprehended, 391 persons have been successfully sentenced. The conviction ratio is 93.25 percent,” he said.