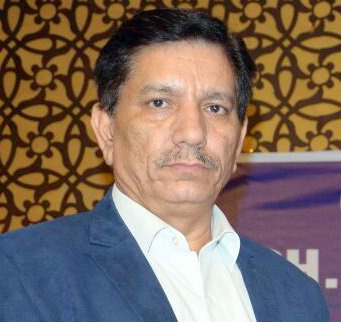 Srinagar: Buoyed by remarkable comeback, Jammu and Kashmir Bank has decided to focus on horticulture, tourism, trade, and private educational institutions in a bid to boost growth and generate employment.

Jammu and Kashmir Bank reported a net profit of Rs 316 crore for the January-March 2021 quarter, which is the highest quarterly profit earned since March 2014.

In an exclusive chat with The Kashmir Monitor, J&K Bank Chairman R K Chibber said they are confident to beat previous records in the remaining three quarters of the financial year.

“The bank will grow to new heights and we are hopeful to see further improvement in the profit in rest of the quarters. In just two days, the bank’s stocks have gone up by more than 20 percent, which is an indication of its progress,” he said.

As J&K entered into Unlock 2.0, Chibber said the bank is focusing to implement the schemes to revive the financial position of the union territory.

“New schemes have been divided with a competitive rate of interest for horticulture, tourism, private schools. All these sectors will get due attention and hence a positive growth to enhance the overall financial position of the Union Territory. With Unlock 2.0business activity has improved in Jammu and Kashmir and we are expecting the balance sheet back to robust,” he said.

As per the details shared by the bank, its asset quality improved with the gross non-performing assets falling to 9.67 percent of the gross advances as of March 31, 2021, from 10.97 percent by March 2020. Net NPAs or bad loans came down to 2.95 percent from 3.48 percent. “During the first quarter, the financial sheet shows a recovery of Rs200 crore,” the JK bank chairman said.

Chibber said the growth in profit was full of various challenges that emerged due to the pandemic. “We had to maintain our operation despite extreme condition due to the pandemic and it was the most challenging task. Our staff was infected and we also reported a few causalities. For a long time, we had to operate the bank offices on rotation. We are glad that operations continued despite odds,” he said.

“During the pandemic, we urged our people to mostly prefer digital transactions through e-banking and apps so as to follow Covid protocols,” Chibber added.