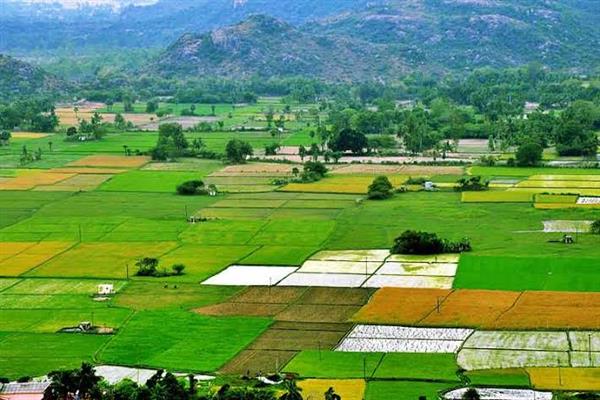 SRINAGAR, JUNE 24: New land laws are being hailed by the people as a major step towards the development and progress of Jammu and Kashmir.

The historic initiative of the government will revamp agriculture and allied sectors besides ensuring holistic development of all sectors.

The Ministry of Home Affairs, through an order on October 26, introduced amendments to 14 laws of the erstwhile state of Jammu and Kashmir and repealed 12 others. Key amendments were made to four major state laws that governed the ownership, sale, and purchase of land in the erstwhile state, like the J&K Development Act, 1970, The J&K Land Revenue Act, 1996, The Agrarian Reforms Act, 1976, and The J&K Land Grants Act, 1960.

While progressive provisions of the repealed laws have been retained by including them in the modified Land Revenue Act, new provisions have been added to modernize existing laws. There are provisions for setting up a Board of Revenue, Regional planning for regulating the use of land, alienation and conversion, land lease, consolidation, and Contract Farming.

The Board of Revenue comprising senior officers will not only be the Developing Authority for preparing regional plans but can notify a scheme of consolidation of landholdings and also a scheme for restricting and regulating the fragmentation of agricultural landholdings to make agriculture viable.

The designation of land for industrial purposes will open up greater employment avenues for the youth who have always yearned for the industrial revolution in J&K so that they can get better employment opportunities.

“The NAREDCO will train 10,000 workers in various skills of the construction industry, electrical, plumbing, masonry, carpentry, and the likes,” the Lieutenant Governor said, during the MoU signing event.

He said, “To facilitate transparent and accountable framework in the real estate sector, we have launched many portals — RERA portal, housing portal, integrated auction portal, and these initiatives will help both developers and home buyers as a one-stop portal for all their needs.”

Sinha said some people did not want Jammu and Kashmir to develop at par with other parts of India. “They want industries without giving land for it and development without investments. But we will break all walls that will come in the way of Jammu and Kashmir,” the Lieutenant Governor said.

Union Minister for Housing and Urban Affairs, Hardeep Singh Puri during the real estate summit said, “a large-scale infrastructure development, denied to the people of Jammu and Kashmir earlier, is now possible”. “By combining rich natural resources with external investment and technical expertise, the citizens of Jammu and Kashmir will now have access to a higher quality of life”, he added.

As a major initiative toward good governance and ease of convenience to the citizens, the Revenue Department started issuance of trilingual Land Passbooks in Hindi, Urdu, and English to the landholders with effect from the 19th of February 2022 from the districts of Jammu and Srinagar.

The land passbooks are being issued to every landholder which contains sentry from the Jamabandi in revenue estate to enable him to make its use for credit facilities and other matters connected therewith or incidental thereto. The land passbook prescribed by the Revenue Department is true to the record and can be generated online by landholders without visiting a Patwari or Tehsildar or any Revenue office.