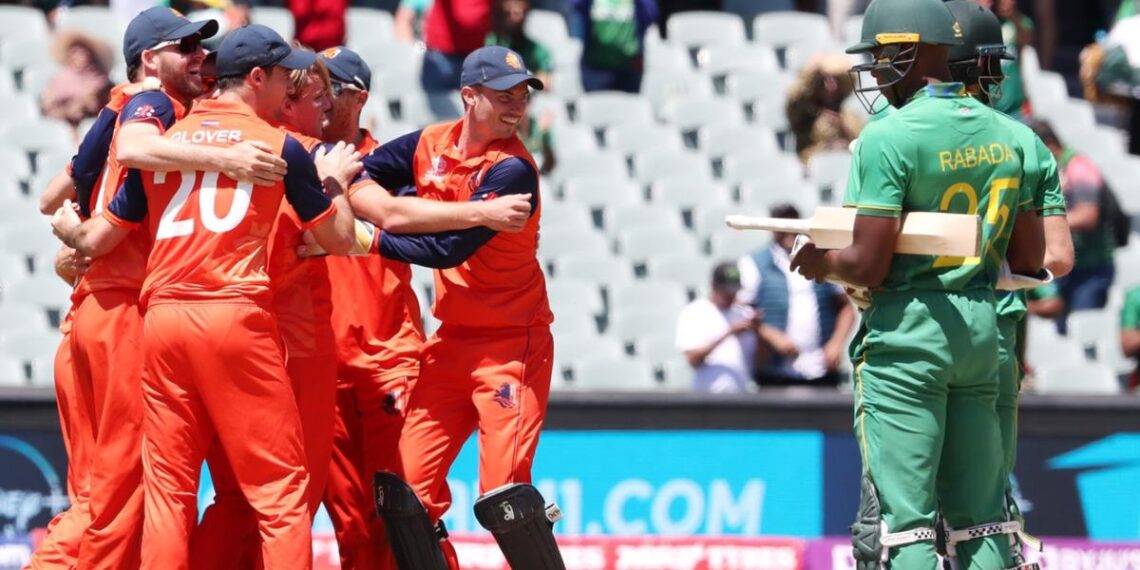 Adelaide, November 6: Netherlands recorded one of their biggest victories in world cricket as they stunned South Africa by 13 runs in the T20 World Cup here on Sunday.

Sent into bat, Netherlands rode on collective effort from its top-order to post 158 for 4.

Colin Ackermann top-scored for Netherlands with a 26-ball unbeaten 41, while Tom Cooper made 35 off 19 balls.

Defending the target, Netherlands bowlers rose to the occasion and restricted South Africa to 145 for 8 with Brandon Glover (3/9) scalping three batters.

Rilee Rossouw top-scored for South Africa with a 25-run knock.