‘Need your prayers’: Shoaib Akhtar says he is in pain, admitted to hospital for operation 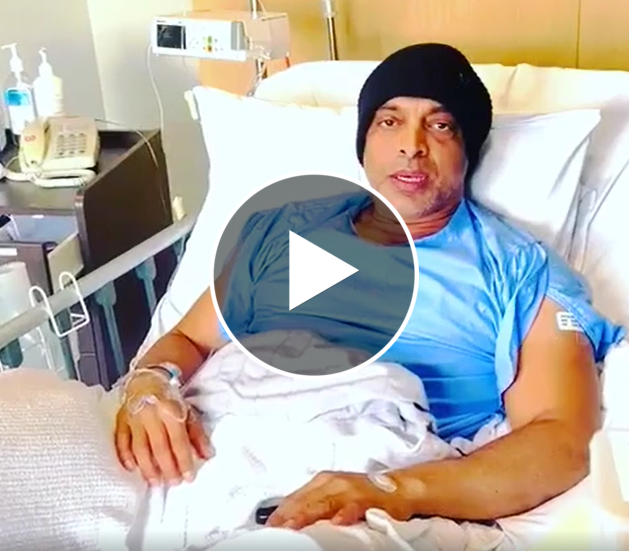 Shoaib Akhtar in hospital: Shoaib Akhtar, the Pakistan fast bower, is in Melbourne, Australia, these days for a surgical procedure that was carried out on both his knees. In a moving video shared from his hospital bed on Instagram, Akhtar, also known as Rawalpindi Express, made an emotional appeal to his fans. Shoaib said that he is in great pain at the moment and he needs their prayers.

He said in his video that he hopes that this will be his last surgery.

The former pacer went on to reveal that he has been in pain for the past 11 years, even after his retirement from international cricket and this is the peril of bowling fast, but it was all worth it for Pakistan. “I could have played for another four to five years. But I was aware that if I did, I would become wheelchair-bound. That’s the reason why I retired from cricket,” Akhtar said in the video.

Here is the video:

The renowned bowler from Pakistan had previously posted a video message in which he said that while he had undergone five surgical procedures of a similar nature, it had all been “worth it” for him because representing Pakistan as a fast bowler meant so much to him.

Shoaib Akhtar added that his fast bowling during his cricket career is what caused the state of his bones. But, the cricketer insisted that it didn’t matter and that he had done it all for his country. “If I get a chance, I would do it again,” he said.