Need diapers for oxen! Farmer booked after his oxen urinated in front of government office 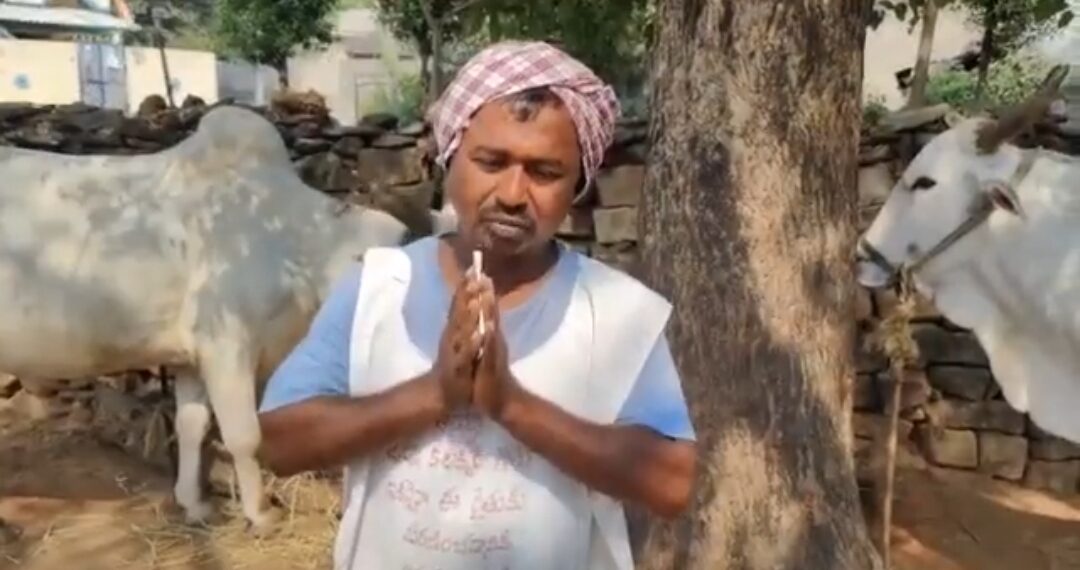 Hyderabad: It can’t get weirder than this. A protesting farmer was booked after his oxen urinated in front of a coal mining company’s office at Yellandu in Bhadradri Kothagudem district

Singareni management produced CCTV footage of the oxen urinating and filed a police complaint against Sundar Lal Lodha, who came on a bullock cart demanding compensation for land acquired by SCCL.

He was charged with section 270 of the IPC (likely to spread infection of any disease).

Based on their complaint filed and CCTV footage, which revealed him arguing with the security officials despite being asked to take the oxen away, a case for creating a public nuisance was filed against the farmer.

Media reports said the farmer was not arrested. He received help from a police constable to pay the fine.

Media reports said Sundar, the farmer was not the original owner of the land. He pleaded in multiple courts to receive his claim, which got rejected every time, remarked the SCCL officials.

Police reportedly had warned the farmer earlier but he continued creating a nuisance and landed in front of the SCCL office where he created a scene along with his ox.

The farmer however said that he had no tensions about making the ox urinate in front of the office. He further added that he also did try to make the oxen move, which did not happen as they (oxen) stay still while urinating, justified the farmer.