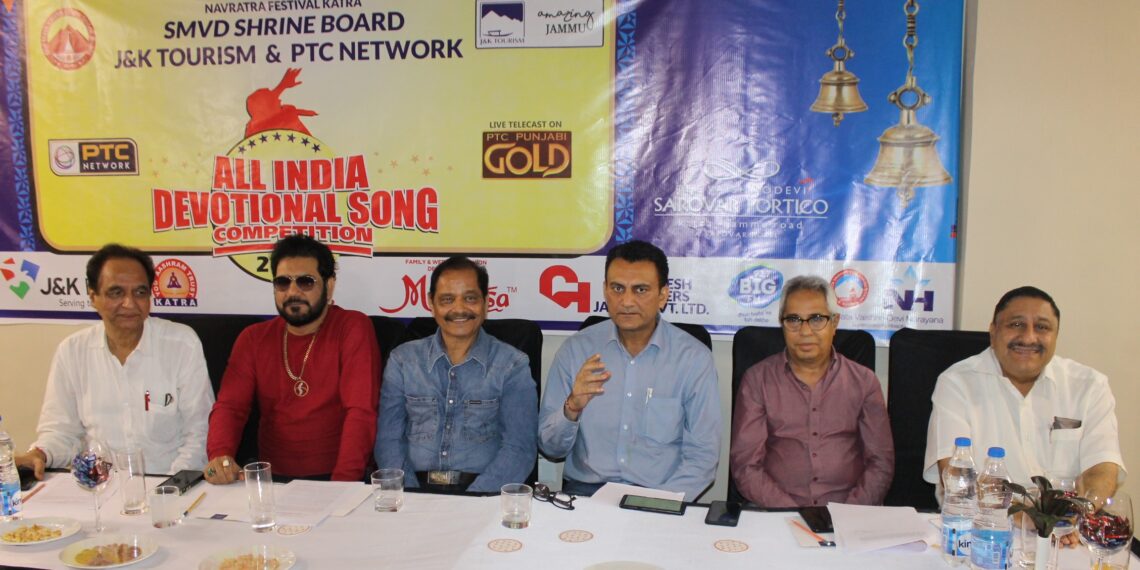 SRINAGAR: Top Bollywood filmmakers have descended on Jammu to judge the All India Devotional Song Competition being organized by Shri Mata Vaishno Devi Shrine Board (SMVDSB) to celebrate Navratra Festival.

The final would be held on Tuesday at Katra.

Rakesh Wazir, Chairman, All India Devotional Song Competition Committee, Katra, said a live telecast of the event will be available on PTC Punjabi Gold from 9 PM onwards and entry for this event will be free to all. He said Bollywood singers and former winners of Mega Finals including Shanker Sawhney, Amrinder Bobby, Naveen Punjabi, etc will also perform.

He said other winners are also doing well in the film Industry. “Film industry doors are always open for AIDSC participants,” he said.