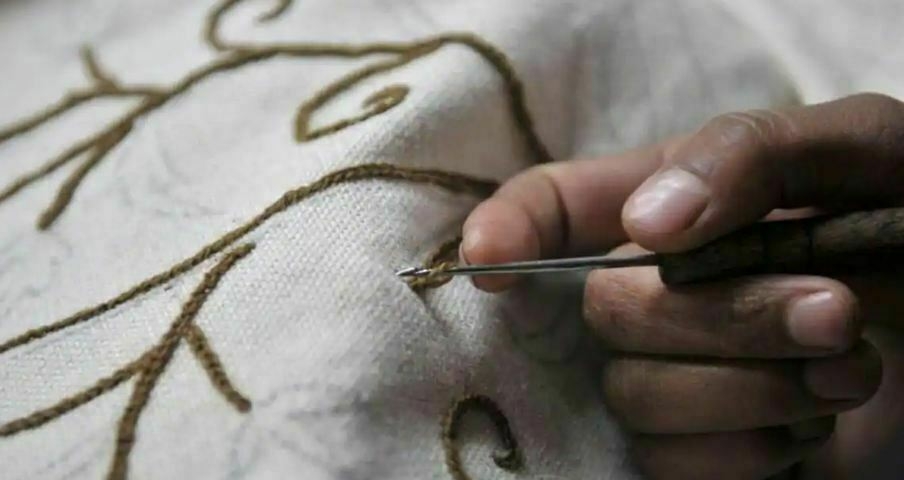 Srinagar: Known for weaving finest silken carpets, 50-year old Basheer Ahmad of Baramulla has been working as a labourer for the last three months.

Such is his financial position that he is contemplating to sell his age-old carpet loom to make ends meet.

“It is now a year that we have had not any work. Since March, no loom is functioning, which has affected the income of all the artisans,” he said.

With no work for nearly a year, many artisans are taking up odd jobs to manage the expenses of their families during the lockdown.

“Even during the worst condition, our businesses were somehow running. Since the import and export business has come to a grinding halt due to the suspension of international flights, we have no option other than to work as brick labourers,” Ahmad said.

Gada khud in Bandipora has become a glaring example of the suffering of artisans where at least 400 households associated with handicrafts are doing menial jobs to sustain their families.

Since August last year when Centre abrogated article 370, the spontaneous lockdown has forced them to close down their looms and work as daily wagers in apple orchards.

“Gada Khud was known as carpet village of Bandipora district. The situation has changed and people have taken up jobs for which they were not made or known,” said Basheer Ahmad, a carpet dealer.

At least two lakh artisans associated with the handicrafts sector are under distress since the government suspended international flights in March.

President Kashmir Artisans Rehabilitation Forum Parvez Ahmad Bhat claimed that the government has ignored the artisan community and with the result this trade is dying a slow death.

“We held met authorities and demanded a policy like MGNREGA so that the artisans can receive some assistance to survive in tough times,” he said.

Bhat said they dealers and artisans have incurred losses worth crores of rupees as no production took place for Easter and Christmas during lockdown.

“We would work during summer months to produce goods for Christmas and Easter. Even no exhibition could take place due to the COVID-19 pandemic. We are now appealing the government to come to our rescue,” he said.

An official from the Department of handicrafts and handloom told The Kashmir Monitor that the exports of handicrafts have come down drastically since last year.

“Valley has been without internet for the last one year. International flights too have been suspended due to COVID. It has affected the handicraft trade. Our production has dropped considerably in the first quarter,” he said.