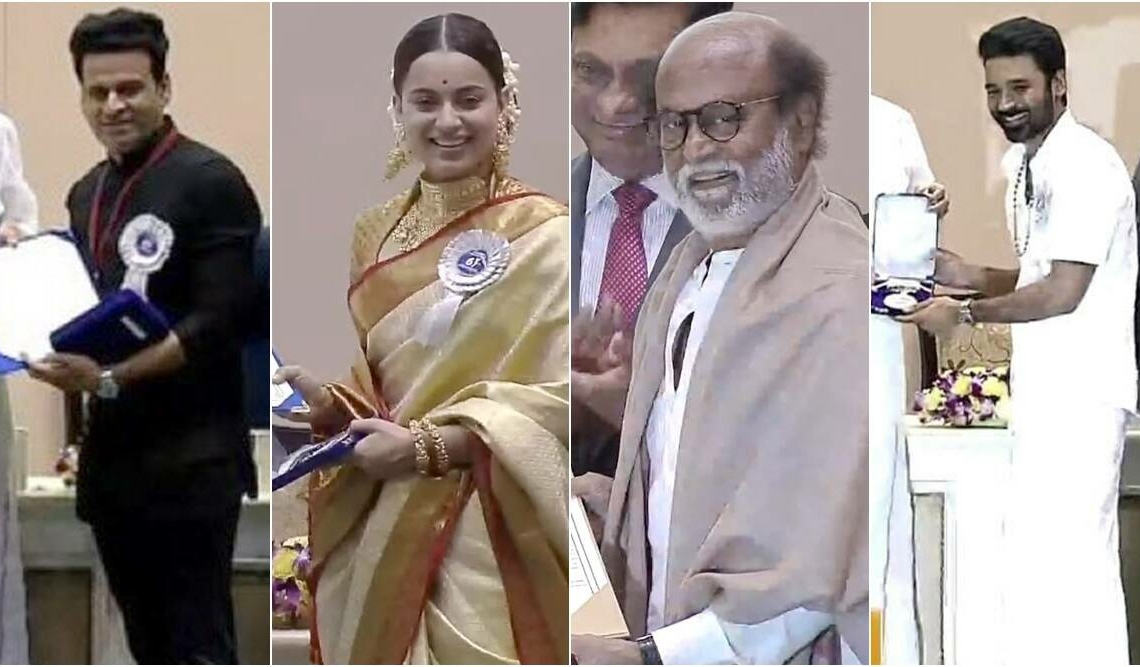 Presentation ceremony of the 67th National Film Awards was held at Delhi’s Vigyan Bhawan on Monday.

The awards were presented by Vice President M Venkaiah Naidu. The awards included the 51st Dadasaheb Phalke Award, which was presented to Rajinikanth. In a statement on Sunday, Rajinikanth wrote: “Tomorrow is an important occasion for me with two special landmarks.

One, Dadasaheb Phalke Award, being conferred upon me by the Government of India because of the love and support of the people.” He then wrote about his daughter Soundarya’s app. Rehearsals for the awards were held on Sunday. The 67th National Film Awards were announced in March this year.

They honoured the best in cinema in 2019, and were supposed to take place last year, but were postponed due to the pandemic. The jury chose from 461 films in the feature category and 220 films in the shorts category.

The Best Feature Film went to Priyadarshan’s Malayalam period epic Marakkar: Lion of the Arabian Sea. While Kangana Ranaut won Best Actress for her performances in Manikarnika and Panga, the Best Actor went to Manoj Bajpayee for Bhonsle and Dhanush for Asuran.

B Praak got the National Award for the Best Male Playback Singer for the patriotic song Teri Mitti from his war-drama Kesari.