My visit to Kulgam a clear message; will root out terrorism from Kashmir: LG 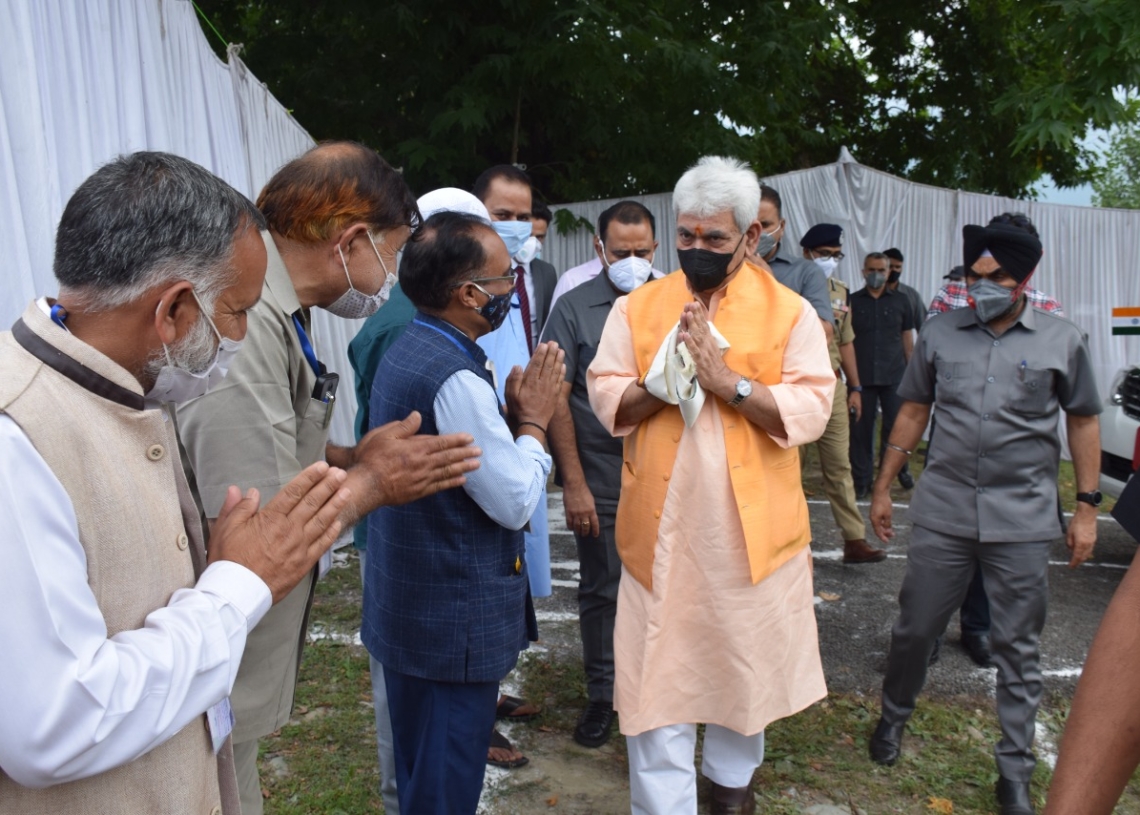 Srinagar: Jammu and Kashmir Lieutenant Governor Manoj Sinha Sunday said that the government will “root out terrorism” from Kashmir as he visited south Kashmir’s Kulgam district where a cop was killed by militants a day ago.

“Today visited Kulgam; Paid tributes to martyr Nisar Ahmad for his supreme sacrifice in yesterday’s terror attack. The entire J&K administration stands in solidarity with the bereaved family & every possible support will be extended,” the LG said in a tweet.

Sinha said that his visit to Kulgam, which was a scheduled one, after the killing of the policeman was a “clear message” to militants.

“My visit after last evening’s cowardly terror attack is a clear message to the terrorists and their sympathizers that we will root out terrorism from this pious land,” he said addressing a function at Kund area of the district.

The government, he said, was “determined to make development a mass movement”.

“Youths are the focal point of our developmental agenda. While government is implementing policies that will strengthen young generation to fulfill their desire for progress, it is society’s collective responsibility to identify those who mislead our youth for their own vested interests,” he said.

The LG said those joining the path of violence will be dealt with strictly.

“I urge the Imams and Khateebs to play their role and keep a watch on children so that they don’t tread a wrong path,” he said, adding: “unfortunately, some elements and the neighbouring country do not want peace in Kashmir, but we are committed to defeat violence.”

“A few days ago, Tanveer Ahmed Khan of our Niginpora Kund village of Kulgam brought glory to the entire J&K by securing AIR-2 in the IES exam. I have always believed that our youths are inherently capable & his success will inspire our youth to build a better future,” he said.