‘My mother belongs to Jammu’: Singer Adnan Sami performs at Srinagar’s Cheshmashahi, says he has a ‘special relationship’ with J&K 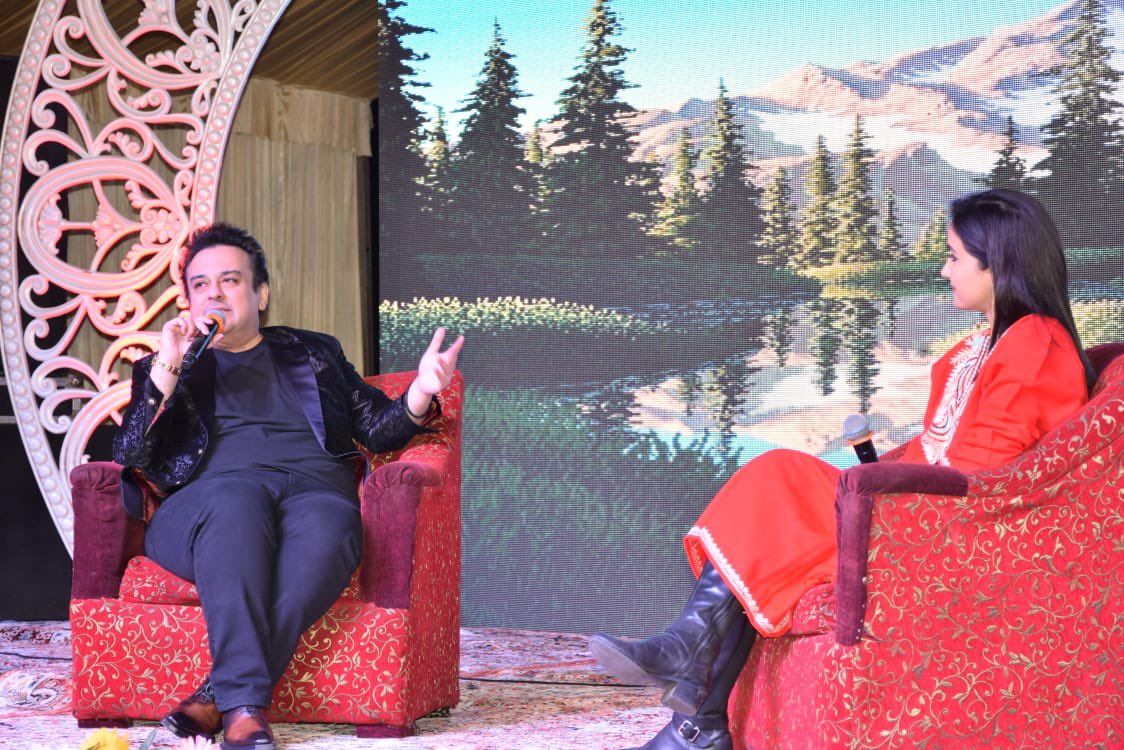 The musical evening show was organized by Mission Youth J&K in collaboration with J&K Academy of Art, Culture and Languages and J&K Tourism department, where noted singers, musicians, instrumentalists both local as well as National level performed.

The show was inaugurated by the Chief Justice of High Court of Jammu and Kashmir & Ladakh, Pankaj Mithal after holding Yizband khawni.

Speaking at the talk show, noted singer and music composer, Adnan Sami who sang various qawalis was all praise for Kashmir for its incredible beauty and hospitality from the people.

“I have a special relationship with Jammu and Kashmir. Not only that my mother belongs to Jammu, but also because my pursuit of classical music has been inspired by the spiritual and Sufist moorings of Kashmir. There is a spiritual vibe in Kashmir and I believe nobody can come to Kashmir unless this land beckons him,” he told his audience.

Kashmiri born Santoor Player and music composer, Abhay Rustum Sopori presented the Santoor Vadan on the occasion followed by soulful performance by classical flutist and music director, Hariprasad Chaurasia along with the team.

The soothing voice and melancholic musical streams by the performers reverberating through the cold breezes turned the show energetic and lively with the audience cheering for both local as well as National level artists.

A large gathering of both male and female who participated were upbeat and enjoyed the show.

Later, performers and guests were felicitated and presented with mementos.