Municipal Polls: Bleak show as 92% stay away from polls 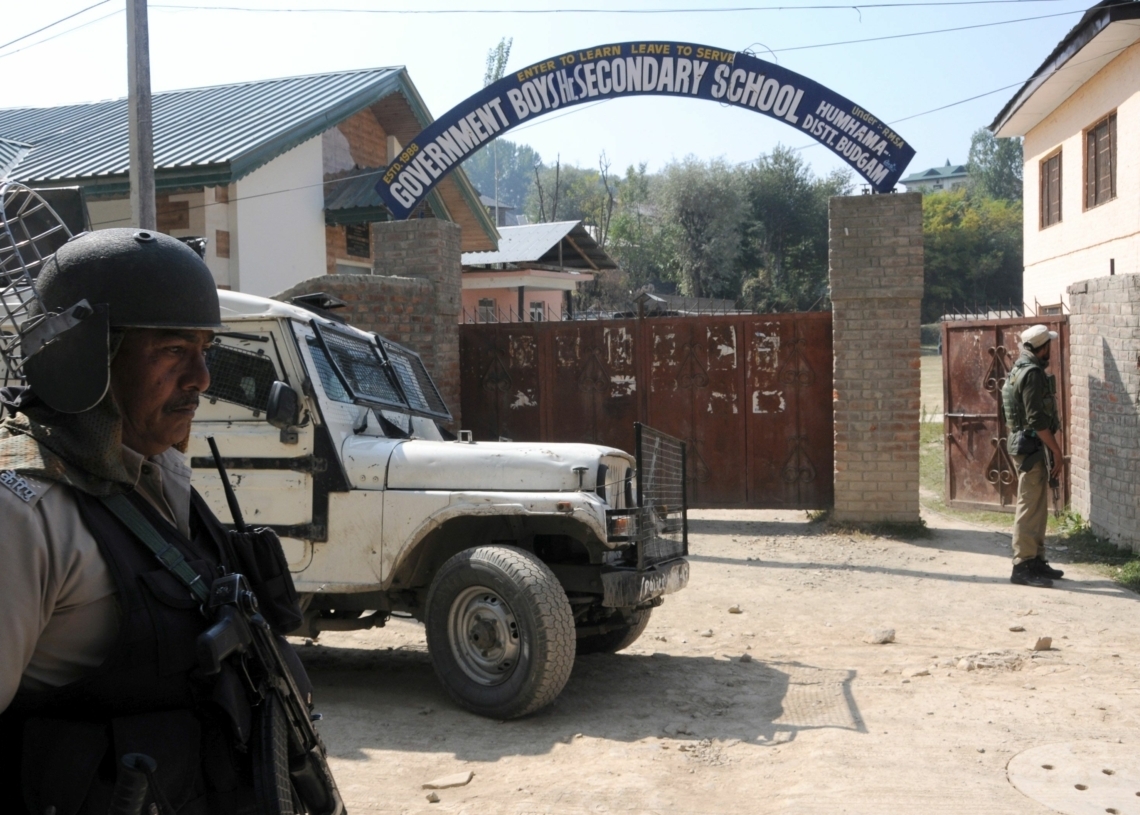 Srinagar, Oct 8:Kashmir on Monday preferred to stay away from the polls, as only 8.3 percent of the electorate preferred to cast their vote in the first phase of Municipal elections held in the state after 13 years.

While Jammu and Kargil pushed the overall turnout of the state to 56.7 percent, Kashmir would have come up with even bleaker numbers had not the day ended with 32.3 percent polls in 18 municipal wards of district Kupwara.

Of 84,692 electorates in the valley, only 7,057 turned up at the polling booths manned by a barrage of police and paramilitary forces.

Except Kupwara (32.6 %) and Budgam (17%), the final turnout in the rest of the districts remained in single digits.

In 16 polling wards of Bandipora Municipal Committee that went to polls, the final turnout was mere 3.4 per cent.

Similarly, in Srinagar where polling was held in three wards, the Joint Hurriyat’s boycott call was mostly followed by the people as only 6.2 per cent turned up to cast their votes.

The polling booth at Bemina, Bagh-e-Mehtab and Humhama, despite well-guarded by the forces, remained deserted for a major part of the day.

Out of the 30,074 voters in three wards of the Srinagar Municipal Corporation, 1,862 turned up at heavily-fortified polling stations.

At noon, clashes broke out between the government forces and protestors in Bagh-e-Mehtab and Machuwa area of Srinagar when the polls were underway.

A group of protesters assembled near the railway bridge in Muchwa near Baghi Mehtab Srinagar and pelted the government forces, already deployed near the bridge, with stones. However, no injuries were reported.

Fearing outrage for defying boycott call, many people who exercised their vote in these polling stations tried every means to keep their identity hidden.

At all the three polling stations of Srinagar, including Bemina, Bagh-e-Mehtab and Humhama, while women were seen covering faces with headscarves, men wore caps or pheran to be as discreet as possible while entering the polling stations.

At Bemina polling agents had kept on job their fellow voters to keep an eye on the people trying to click their photographs.

Photojournalists, too, were attacked by voters during morning hours at the polling station.

“It has happened for the first time that photojournalists were attacked by people during polling. They actually didn’t want to be photographed,” said Faizan Altaf, a photojournalist working with a local Urdu newspaper.

Anantnag witnessed a slightly higher voter turnout out as compared to Srinagar, where 7.3 per cent of the electorates came out to exercise their franchise.

Initially, the district saw five per cent voting till 1pm in all the four wards, which later dropped as only 7.3 per cent voter turnout was recorded at 4 pm.

All the roads leading to the four polling stations were sealed as heavy deployment of forces were witnessed.

As per the reports people who cast their votes too preferred not to be identified  and even rejected being inked by the polling agents.

In Bandipora where minimum voter turnout was recorded in 16 wards under first phase, a woman and a BJP candidate was injured during clashes between forces and stone pelters.

Adil Ahmad Buhru, a BJP candidate who is contesting from Ward-15   received minor injuries when a group of protesters pelted him with stones. However, Buhru was soon taken to district Hospital Bandipora for the treatment where he is said to be stable now.

A woman identified as Shabeena, wife of Javid Ahmad Dar of Lankreshipora sustained pellet during clashes in the area.

Shabeena was soon rushed to Bandipora’s district hospital for the treatment, where she is said to be stable now.

Baramulla, where polls were held in 15 wards also choose to stay away from polls as only 5.1 voter turnout was recorded in the district.

While no incident of violence was recorded, those who turned to vote were highly guarded by forces on way to the polling booth.

Frontier district Kupwara, saw a least impact of boycott call by Hurriyat where people in number came out of their homes to exercise the franchise in all 18 wards.

In contrast, municipal bodies in the Jammu and Leh region witnessed a healthy participation of electorates.

In Jammu division, the Jammu district in 153 wards recorded a voter turnout of 63.8 per cent, while Poonch (26 wards) and Rajouri (59 wards) recorded 73.1 per cent and 81 per cent, respectively.

Addressing a press conference in Jammu, the DC Jammu Ramesh Kumar said that ULB polls held in J&K through EVMs after 13 years ended peacefully in Jammu with minor reports of technical problems in EVMs in some areas.

“Some complaints from hypersensitive areas were also received during the day, but we had deployed adequate numbers of Jammu and Kashmir Police and Central Paramilitary forces’ personnel,” he said.

The DC Jammu said that micro observers, who were independent officers of the Central government, were also deployed at the hypersensitive and sensitive polling stations across Jammu to ensure smooth conduct of polls.

He said that the ULB polls carry huge significance for Jammu and Kashmir State as after the polls, all municipalities of the State will get proper funding from the Central Government.

The counting of votes, as per the DC will take place on October 22 with declaration of results the same day.

Kargil and Leh also responded to the polls enthusiastically, where 78.2 and 55.2 polling percentage was recorded in 13 wards each, respectively.

As many as 321 wards went for polls under first phase across the state in which 5, 86,064 electorates were supposed to exercise their franchise.

Official records suggest there were no candidate for 23 wards while only one candidate each had filed nomination for 78 wards who are thus elected unopposed.

Militants also backed separatists appeal for boycott elections and have threatened for dire consequence to the candidates and voters.