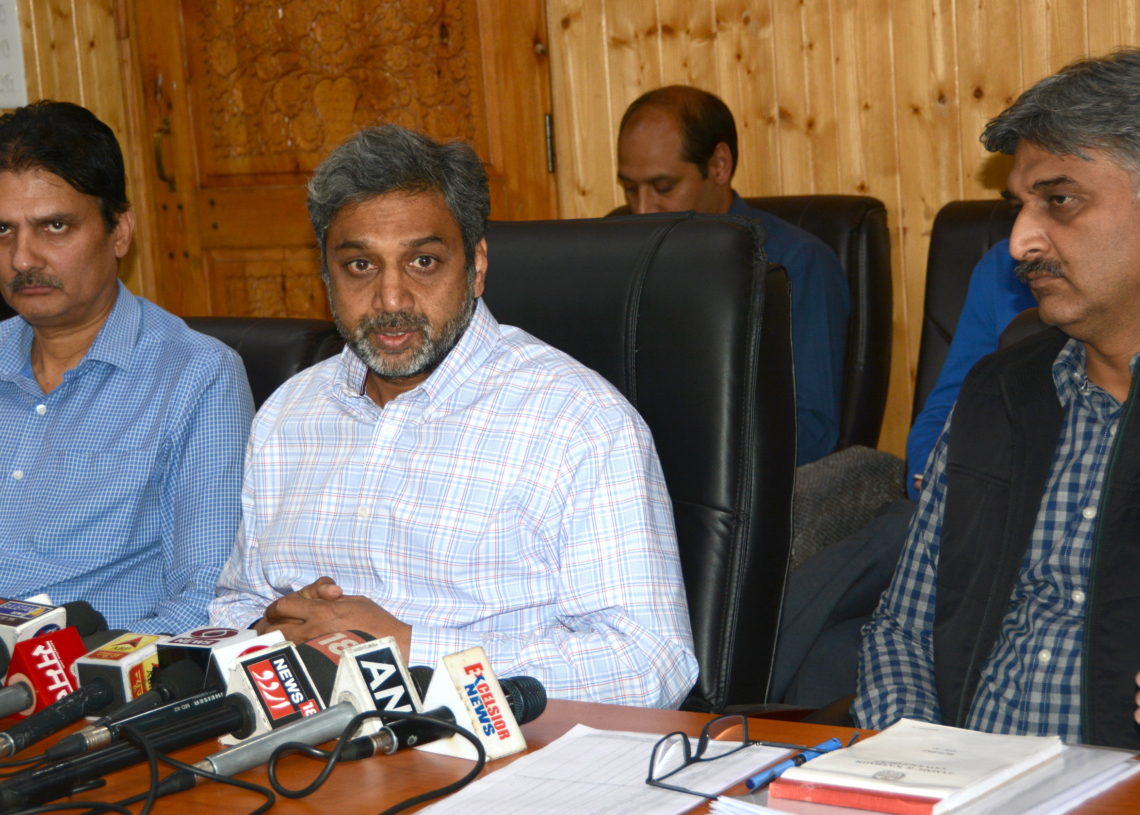 Srinagar, Sep 29: Around 3,400 candidates have filed their nominations for the upcoming urban local bodies in the state.

Chief Electoral Officer (CEO), ShaleenKabra, during a press conference here, divulged that around 3400 nominations were received for phase I, II, III, and IV for the municipal elections.

“While 2618 are valid nominated candidates after the scrutiny of their documents for 1145 wards,” Kabra said.

The government has announced holding of 4-phase urban local bodies to begin from October 8, 10, 13 and 16, respectively.

For 13 municipalities which go to polls in phase I, Kabra said they received 1473 nominations. “After scrutiny, 1441 nominations have been found valid and 1283 candidates are contesting for phase I,” he said.

Similarly, for phase II of 422 wards, he said 1473 nomination were received while 1177 were found valid for which the withdrawal date for candidates is Monday.

He said that process for phase III and IV is going on and 273 nominations were received so far.

“Exact details could be known once the nomination dates are over,” he said.

He said that 78 candidates have filed nominations uncontested-69 in Kashmir and 9 in Jammu region.

In Srinagar district for three wards, he said that 11 nominations were received for phase I of which 8 were found valid.

He said that they received around 20 complaints of MCC violations so far.

“Action will be taken wherever anything has been done wrong,” he said.

However, he said that recent announcements related to salaries of employees were not linked with MCC violations. “The process for such announcements had been initiated even before the announcement of polls neither they do benefit to any political party,” he said.

The Congress, BJP, Peoples Conference and along with independents have submitted their nomination papers across the state.

Both the National Conference and the Peoples Democratic Party, the two biggest regional political outfits have decided to boycott the elections as they have asked the Government of India to clear its stand on the issue of Article 35A.

The ULB polls were held in J&K after a span of 23-years in January 2005. However, the civic polls could not be held since 2011 despite the successive governments set up several deadlines about holding the elections.