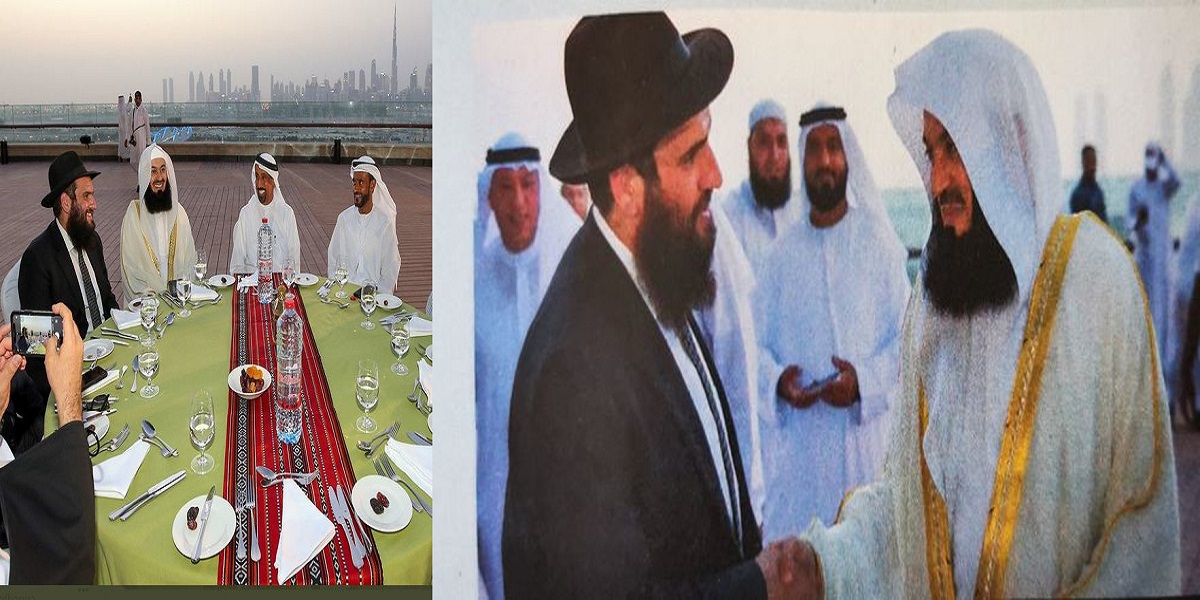 Famous motivational speaker and Islamic cleric, Ismail ibn Musa Menk aka Mufti Menk, has stoked controversy yet again after attending an interfaith iftar event in Dubai, which was also attended by a renowned Zionist rabbi who facilitated Israel’s presence in the UAE.

According to Al Jazeera, the iftar event took place on Tuesday and was attended by different religious sects including Hindus, Sikhs, Buddhists and Coptic Christians.

It was organised by the Department of Islamic Affairs and Charitable Activities, and aimed to promote moderation and tolerance.

A video published by the Al-Ittihad newspaper on Twitter showed Mufti Menk sitting at the same table as Rabbi Levi Duchman, who is the chief rabbi of the United Arab Emirates. Over the past few years, Rabbi Duchman has liaised closely with top Israeli officials who have visited the UAE and facilitated warm relations between the two countries.

Mufti Menk later released a video response where he said that he was unaware of who Rabbi Duchman was and that the entire incident was misrepresented by “mischief makers trying to push agendas”. “I just want to clarify we stand with our brothers and sisters in Palestine and with Masjid al-Aqsa forever, forever! We stand with them, we believe in the cause and we believe in it forever. The last time I tried to go they denied me entry,” he said.

In September 2020 Israel and the UAE signed an agreement to normalise relations. Since then ambassadors have been exchanged, direct flights between the two countries have been launched and many bilateral agreements have been signed.

The Palestinians condemned the move calling it “a stab in the back.”

This is the second time in a year that Mufti Menk has angered Muslims around the world.

Six months ago during a private visit to Kashmir, he performed the nikah of Murcyleen Peerzada, the daughter of a Kashmiri businessman Feroz Peerzada.

A video that went viral on social media showed Mufti Menk in Srinagar performing the nikah and giving a subsequent khutba, while seated with a group of politicians.

Mufti Menk’s office in Zimbabwe told Kashmiri media that he was unaware of the “finer details” of the political situation in Kashmir.

Here are some of the reactions:

“He’s having a iftar with rabbi levi duchman… A staunch zionist supporter. We know Dubai has normalised relations with apartheid israel.. But menk?” tweeted Amir Sharif.

“Mufi Menk (@muftimenk), you do realise that in your recent visit to UAE, you participated at an Iftar event organised by normalisers of occupation and oppression?” tweeted Zahid Akhtar, founder of Documenting Oppression Against Muslims (DOAM), an organisation that keeps a watch on anti-Muslim propaganda.