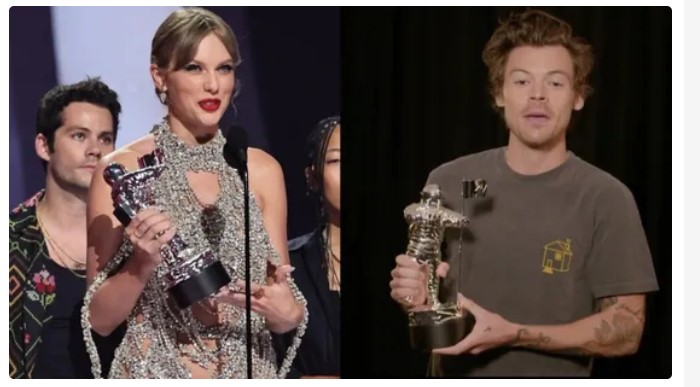 Taylor Swift won the video of the year award at the annual MTV Video Music Awards (VMA) for her 2012 breakup song ‘All Too Well’.

The singer thanked fans from the stage at the Prudential Center in New Jersey as she accepted the honor, the 14th VMA of her career. ‘All Too Well’ is one of the past hits Swift re-recorded after a dispute with her former record label.

“We wouldn’t have been able to make this short film if it weren’t for you, the fans,” Swift said, before revealing that she will release her next album on Oct 21.

Called Midnights, the album will tell the stories of “13 sleepless nights scattered throughout my life,” the singer said in a Twitter post after her win.

Swift bagged three categories Video of the Year, Best Long-form Video, and Best Direction whereas Harry Styles took the Best Pop, Best Cinematography, and Album of the Year. K-pop band BTS also bagged the Group of the Year award, a category they won for the past four years.

Also at the VMAs, Puerto Rican singer Bad Bunny was named Artist of the Year and was handed his Moon Person statue at New York’s Yankee Stadium, where he was playing a concert to a sold-out crowd.

Video of the Year

Artist of the Year

Song of the Year

Billie Eilish – ‘Happier Than Ever’

Push Performance of the Year

SEVENTEEN – ‘Rock With You’

Nicki Minaj ft. Lil Baby – ‘Do We Have A Problem?’

Måneskin – ‘I WANNA BE YOUR SLAVE’

Group of the Year

Song of the Summer

Album of the Year