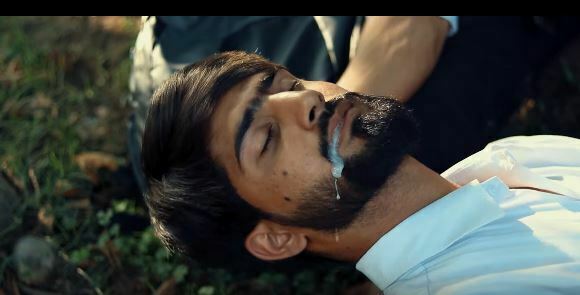 These eternal lines from the famed ‘Mouj’ song have been used by a 22-year-old amateur singer Afaq Shafi to drive the anti-drug message home in Kashmir.

Afaq, a BA final year student at Gandhi Memorial College, has used music to create awareness about drugs in Kashmir. Son of a government employee, he pooled his pocket money to create a musical video using selected stanzas of a Mouj song to send a powerful message to youth about the hazards of drug addiction.

A self-taught singer who did not receive any formal training, Afaq has broken the internet with this anti-drug video. Since its release 36 hours ago, it has notched around 7000 views on his YouTube channel. On Facebook, it has notched 5000 views in 16 hours. It is being widely shared on different social media platforms.

In fact, the original singer and composer of the ‘Mouj’ song is Aijaz Rah. It has been recreated by Afaq and his time. Music has been composed by Shahid Vaakhs, while Umar Hamid directed the video. Umar Hamid and Yayha Lone have filmed the song. Top-notch artists including Danish Feroz, Mohammad Majid, Jozia Mir, Ambreen Bhat, GM Bhujal have featured in the album.

“I have seen people and society being destroyed by drugs. I wanted to do something to create awareness. I thought music is the best medium to reach out to the youth. So we created a video to drive this message home,” Afaq told The Kashmir Monitor.

Since no sponsor was ready to finance the project, Afaq pooled Rs 32000 from his pocket to create this video. “I had saved my pocket money, Eidi and others which I used for this project. It was totally a self-funded project. I have no regrets about money because the cause is very big,” he said.

Afaq started his career by singing `naats’ at religious functions. He later lent his a voice for a single. “This is my first musical video. I started with singing naats. For the last three years, I have been singing now. I have not received any training from anywhere. Everything is God-gifted,” he said.

A die-hard fan of Nusrat Fathe Ali Khan, he wants to pursue a career in music and become a playback singer. Like any other parent, his family was initially wary about his goals. “But after they realized my talent, they started supporting me,” he said.

For the last two days, phones have not stopped ringing at his home. “I have been constantly receiving calls of appreciation from my friends, relatives, and well-wishers,” he said.