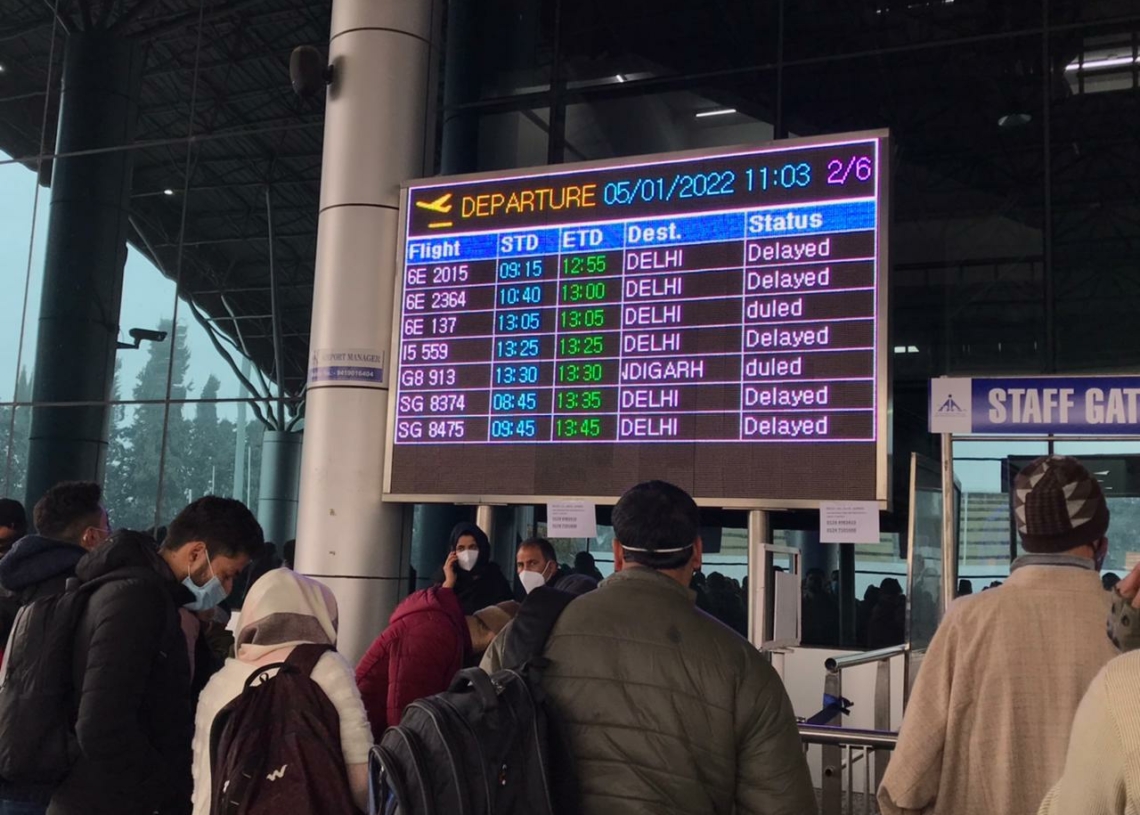 Director Airport Authority if India, Srinagar Kuldeep Singh said they will soon start the operations at the airport.”Weather is clear now. Also, we have also cleared the snow from the runway and the apron area, ” he said.

Earlier Director Airport Authority of India, Srinagar, Kuldeep Singh said due to continuous snowfall, the visibility is around 500 meters.

“We are continuously clearing the snow from the operational area,” Singh had said.