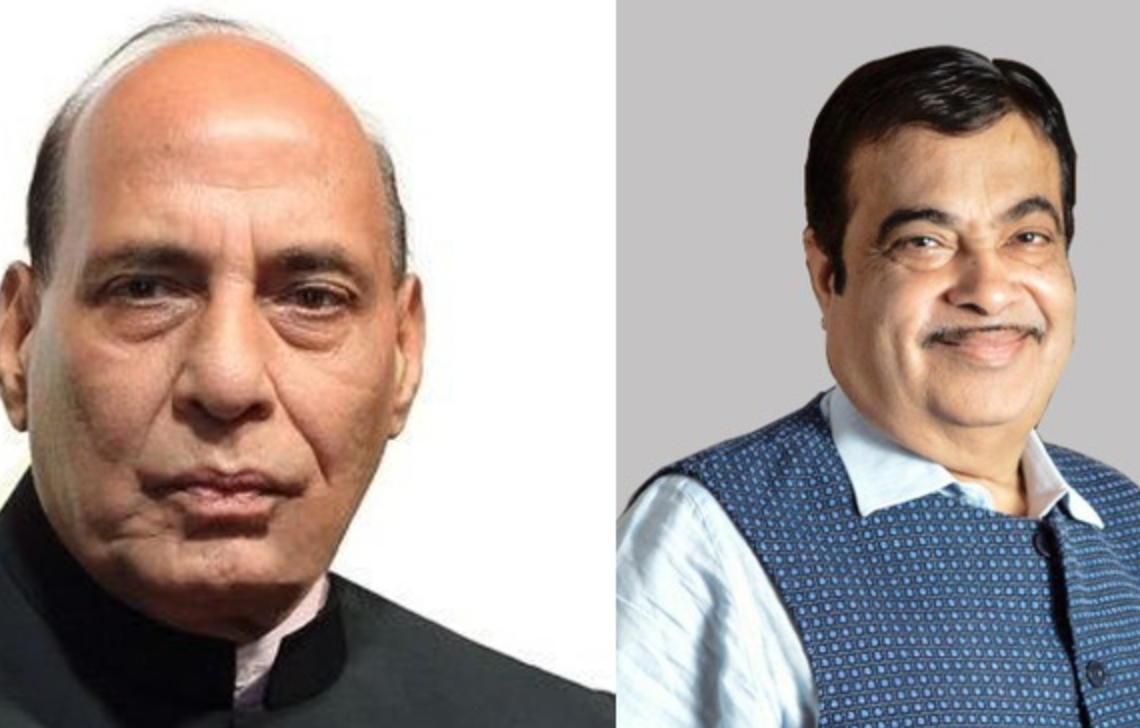 New Delhi: Defence Minister Rajnath Singh and Minister for Road, Transport, and Highways Nitin Gadkari have been rated as the two best performing ministers in the second innings of Prime Minister Narendra Modi.

This was revealed by a nationwide survey for IANS conducted by CVoter in May, which included respondents from all age groups, all educational and economic backgrounds as well as ethnic identities.

Their performances have been rated better than many high-profile ministers who regularly grab media headlines. The ratings given to both Rajnath Singh and Nitin Gadkari cut across political divides, as indicated by the results of the survey.

Rajnath Singh is a tough, no-nonsense leader from the old BJP culture who remains firm and uncompromising when it comes to national interests without resorting to needlessly divisive rhetoric.

His high ratings among land-owning farmers and Sikhs also make him an exception among his colleagues as, during the farmers’ protest, he remained the only minister with whom the protesters were willing to talk and discuss their issues.

He has shown maturity and grace while dealing with the tense situation on the borders with China in Ladakh that continues even after the June 2020 showdown when violent border clashes claimed the lives of 20 Indian army personnel, besides killing an unnamed number of Chinese soldiers.

Under his watch, the ‘Make in India’ program for defence equipment has gathered rapid momentum with the participation of private players.

Meanwhile, Gadkari has already acquired a reputation for being singularly focused on his mandate to build more and more world-class highways and roads in India at a record pace.

He has surpassed the records set by the late Atal Bihari Vajpayee regime when highway construction first became a priority area.

His ratings also have a unique positioning when studied from the point of view of education and income profile. As the education level went up among the respondents, the approval ratings of Gadkari too went up.

He was rated even above Rajnath Singh by the electorally critical middle class and graduate respondents. Cutting across the socio-economic divide, Gadkari remains among the top three ministers and runner-up in most demographic categories behind Rajnath Singh.

This simply underlines that regardless of the communal frenzy that the public discourse is indicating, a huge majority of silent Indians appreciate the sober, non-confrontationist, and inclusive personalities who can define the delivery of governance in a no-nonsense way.