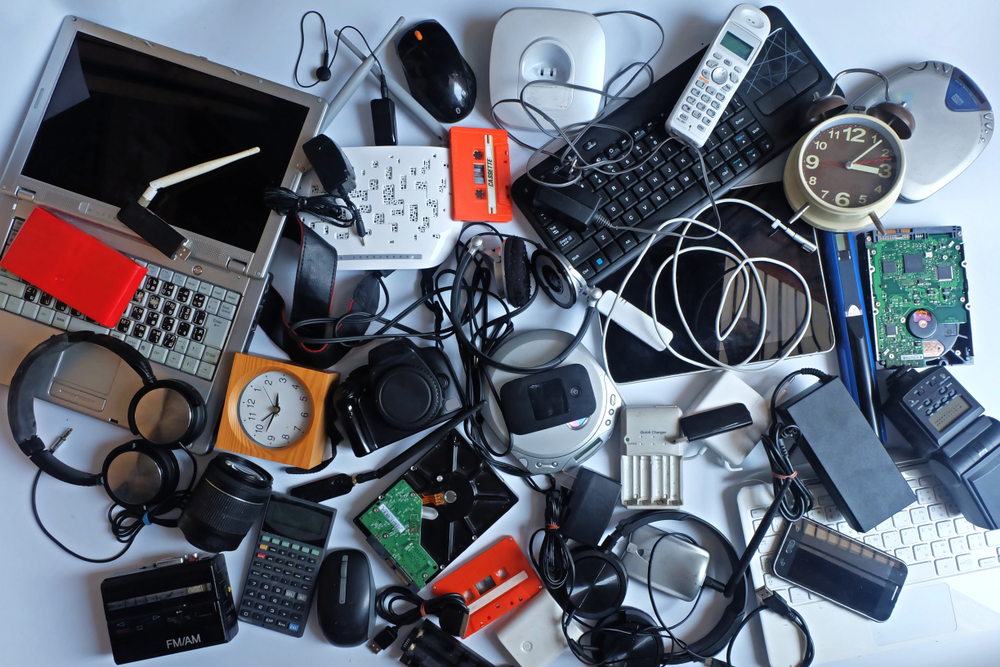 Srinagar: Believe it or not, Jammu and Kashmir produces 53 tonnes of e-waste every month.

These include mobile phones, computers, music systems, television sets, and others. Used electronics which are destined for reuse, resale, salvage, recycling, or disposal are also considered e-waste.

Jammu and Kashmir Pollution Control Board (PCB) data accessed by The Kashmir Monitor reveal that around four tonnes of e-waste are generated on average in the Kashmir division per month. In the Jammu division, the figure touches 49 tonnes.

Electrical waste generated in Kashmir mostly remains stored or damaged haphazardly by the informal sector (involving kabbadiwallas or scrap dealers) without proper machines to extract the metals and other valuable items. It can affect the health of those involved and has a detrimental impact on the environment,” an official said.

The official added that it can result in the release of heavy metals like lead, cadmium, mercury, and chemicals into the soil and groundwater. Most of these are non-recyclables and a threat to public health.

Moreover, there are four recognized collection centers for e-waste of particular brands in the valley.

She said first, there is a lack of infrastructure and awareness about the hazardous impact of inappropriate e-waste recycling. “Consumers sell their electronic waste to mostly junk dealers for quick money. Secondly, advanced recycling technology is expensive. This makes large investments risky especially when sourcing of e-waste is a challenge.”

“However, a new provision has been added recently under e-waste management rules which suggest that the department of the industry shall ensure earmarking or allocation of industrial space for e-waste dismantling and recycling in the upcoming industrial parks or industrial clusters,” she said, quoting an official document.

Hassan said that such demarcated areas will help the junk dealers to channelize the waste properly. “We have proposed to the department of the industry to rope in the identified scrap dealers for the collection part by providing them some incentives. After the collection is done, dismantling and recovery can be done in these earmarked places more scientifically,” Hassan said.

Hassan said the PCB had also conducted a sensitization drive recently in Budgam, Baramulla, and Srinagar.

“We have a tie-up with a Delhi-based organization authorized by PCB. It is called Reverse Logistics group private limited. They sent their prefabricated vehicles and we received a very good response. In Baramulla alone, we collected around 250 kilograms of e-waste. A lot of consumers said they want to dump the e-waste but don’t know how to do it,” she said.

Hassan said a boost should be given to formal e-waste recycling. “Policy initiative required and monitoring e-waste flow mechanism needs to be developed immediately. An online Mass balance system should be created. It will keep a record of how much sales are generated and how much is channelized back.”