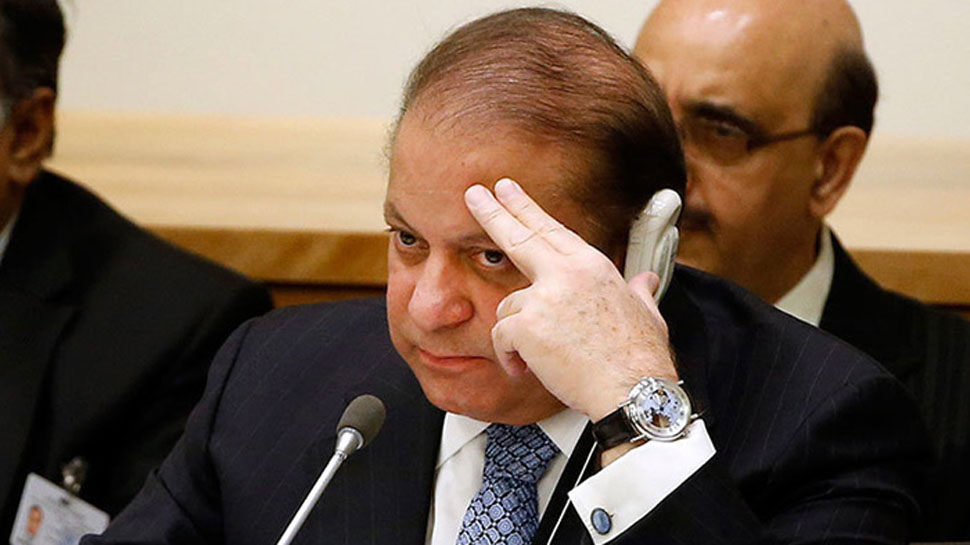 London :A mob in London reportedly tried to attack former Pakistan prime minister Nawaz Sharif when he was going inside the residence of his son located in Avenfield House. The incident reportedly occurred on Sunday and videos of the same have appeared in Pakistani media.
A video released by both Dawn and Geo News showed the angry mob of some youngsters trying to break into the house. The angry protesters could also be seen hurling abuses on the Pakistani leader.
One of the protesters was also seen in the video trying to attack a man, who appeared to be a security personnel. He threw a shopping cart to attack the man. Though the local police got into action soon after, they made no arrest saying the Sharif family had not filed any complaint.
Reacting to the incident, Nawaz’s daughter Maryam Nawaz blamed cricket-turned-politician Imran Khan-led Pakistan Tehreek-e-Insaf party for the attack. Hitting out at Imran Khan, she said that the incident showed the kind of “training” given to the leader and his party supporters.
However, Pakistan-based Dawn News reported that the UK unit of the PTI had dismissed the allegations, saying no member of the party was involved in the attack or the protests outside the residence of Nawaz Sharif’s son.
This comes almost 10 days after an accountability court in Islamabad sentenced the former prime minister to 10 years in jail over allegations of corruption involving the Avenfield property in London.