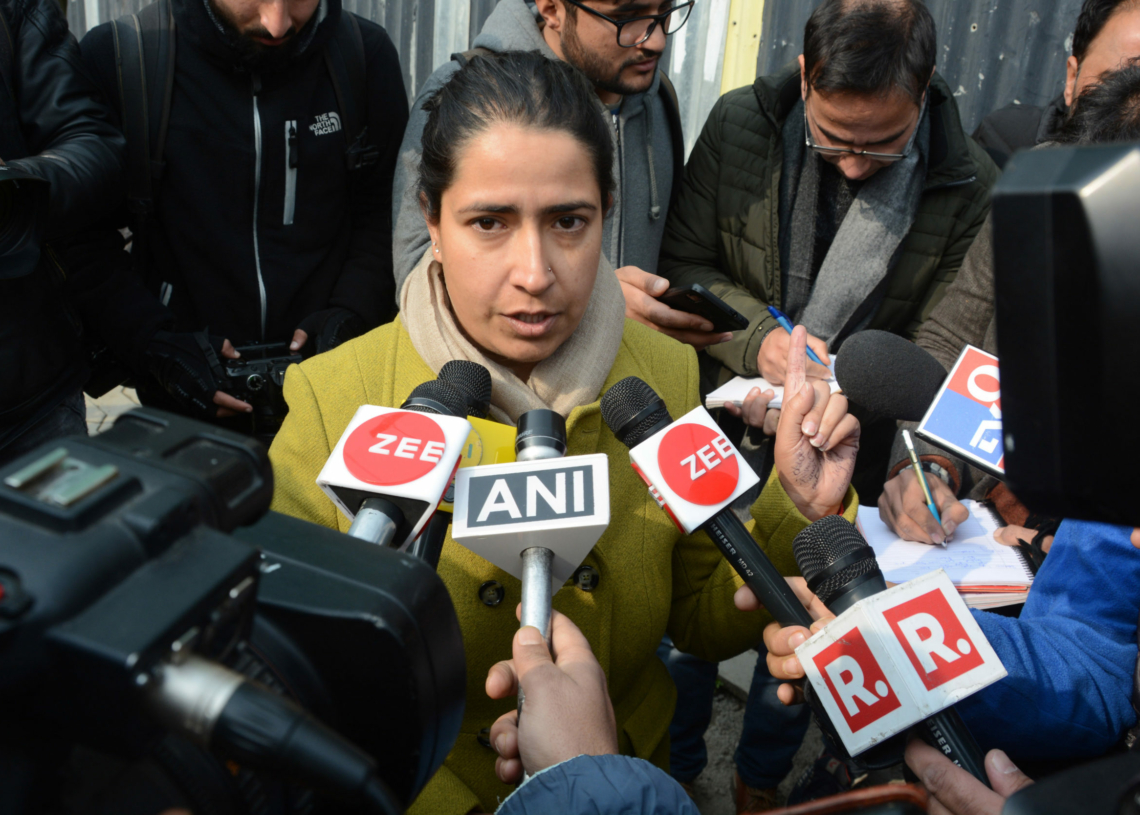 Srinagar: Shahriyar Khanam daughter of incarcerated former Minister and senior PDP Leader Nayeem Akhtar addressing media outside New Jail where all former Ministers, MLA's and mainstream Political Leaders were kept under detention, after her meeting with her father, in Srinagar on Wednesday, Nov 20, 2019. PTI Photo by Umar Ganie

On Sunday at least 34 political prisoners were shifted from Centaur hotel to MLA hostel, which has been designated as sub-jail.

Government sources said the move was necessitated due to cold weather in Kashmir and an exorbitant bill of Rs 3 crore generated in three months for the detained leaders at the Centaur hotel.

“MLA hostel has been turned into ghost-house. There is complete darkness with no facilities,” said AaliyaBano, sister of Muzaffar Shah of Awami National Conference.

ShehriyarKhanum, daughter of former minister and PDP leader Naeem Akhtar, said this is a defunct building which lacks basic facilities. “There should be a hygienic place for these leaders. Toilets are in bad shape. There are no heating arrangements and no proper lighting system,” she said

Khanum accused female staff at MLA hostel of “humiliating” relatives of political prisoners in the name of frisking. “We don’t know what protocol they are following,” she said.

Tanveer Veeri, brother of NC leader and former MLC Bashir Veeri, said there are no proper heating or lighting arrangements at MLA hostel.

“There is neither heating blower nor gas heater available. It is better if they are shifted to MLA hostel, Jammu or Central jail,” he said.

Relatives also complained about unhealthy food being served to detainees.

“The food being served is not healthy. The rooms are not good. There is no proper matting,” said Sheikh Mushtaq Ahmad, father of detained Sheikh Imran, deputy Mayor of Srinagar Municipal Corporation.

Son of detained PDP leader Sartaj Madni said families of political leaders were being “unnecessarily harassed”. “Our vehicles are not being allowed to go inside. We are carrying certain items which these leaders need. How will we carry items like matting and heating appliances?” he asked.

On last Thursday, former chief minister Mehbooba Mufti was shifted from Cheshma Shahi hut to a government facility on Maulana Azad Road. While Farooq Abdullah, who was slapped with Public Safety Act, has been detained at his home, his son Omar Abdullah is lodged at Hari Niwas Palace, which has been designated as sub jail.