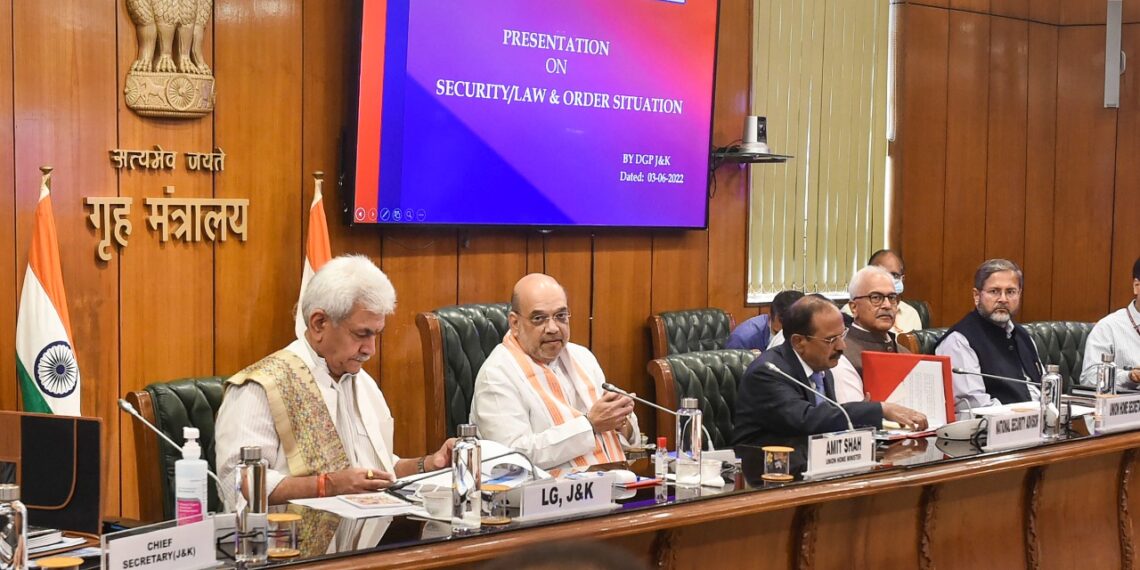 Media reports said  Sinha briefed the Home Minister about improvement in the security situation, especially in the Kashmir valley

Apart from the security scenario, the Lieutenant Governor is also understood to have briefed the Union Home Minister on Centrally Sponsored Schemes and Prime Minister’s Development Package (PMDP) in Jammu and Kashmir.

This was the second meeting of Sinha with Shah in less than a month. On August 25, Shah reviewed security scenario and development works in the Union capital.

Shah will be visiting Jammu and Kashmir on a two-day visit on October 1 and 2. He is scheduled to address two mega rallies at Rajouri and Kupwara on October 1 and 2 respectively. He will review the political situation with senior BJP leaders.

He will also have a detailed security review at a high-level meeting with Lieutenant Governor Manoj Sinha, senior officers of Central Armed Police Forces (CAPFs), Intelligence agencies, Jammu and Kashmir Police, and civil administration among others.