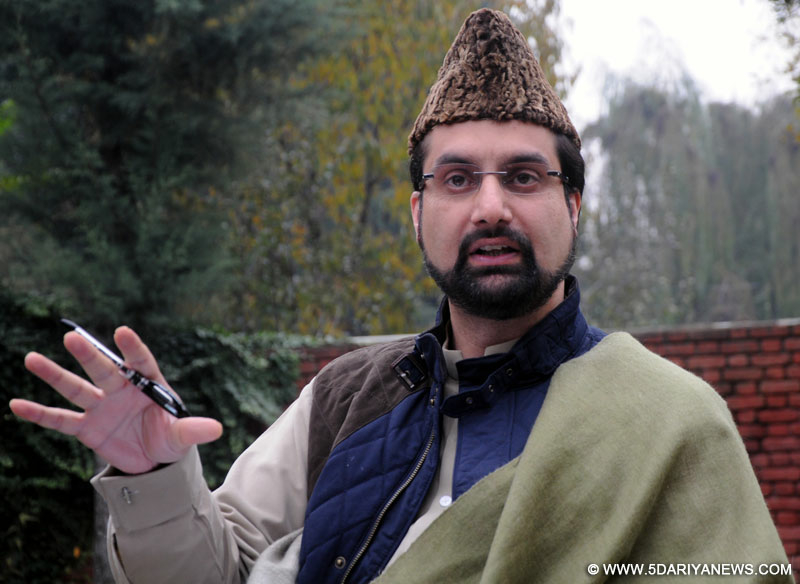 Srinagar, Nov 08: Hurriyat Conference (M) chairman Mirwaiz Mohammad Umar Farooq has for the fifth consecutive year been chosen among the 500 most influential Muslim personalities across the globe by Royal Islamic Strategic Studies Centre(RISISC) Jordan and one among the five top most influential persons in the sub-continent.
According to the RISISC-Jordan’s annual report for year 2019, tilted The Muslim 500 “Dr Farooq inherited the title of the 14th Mirwaiz, (traditional preacher of Muslims in Kashmir) in 1990 after the martyrdom of his father. At the young age of twenty, he became the chairman and founder of All Parties Hurriyat Conference, a grassroots coalition of pro-freedom parties in J&K. He has raised the Kashmir problem at the United Nations, European Parliament and the Organisation of Islamic Cooperation (OIC), advocating dialogue with both India and Pakistan so that the aspirations of the Kashmiri people may be realized”.
Hurriyat Conference (M) spokesman termed RISISC-Jordan’s annual report for year 2018, of declaring Mirwaiz among the most influential 500 Muslims across the world and among five in the sub-continent, as a matter of pride and honour for the people of Kashmir and an acknowledgment of their rightful and just struggle for self-determination.