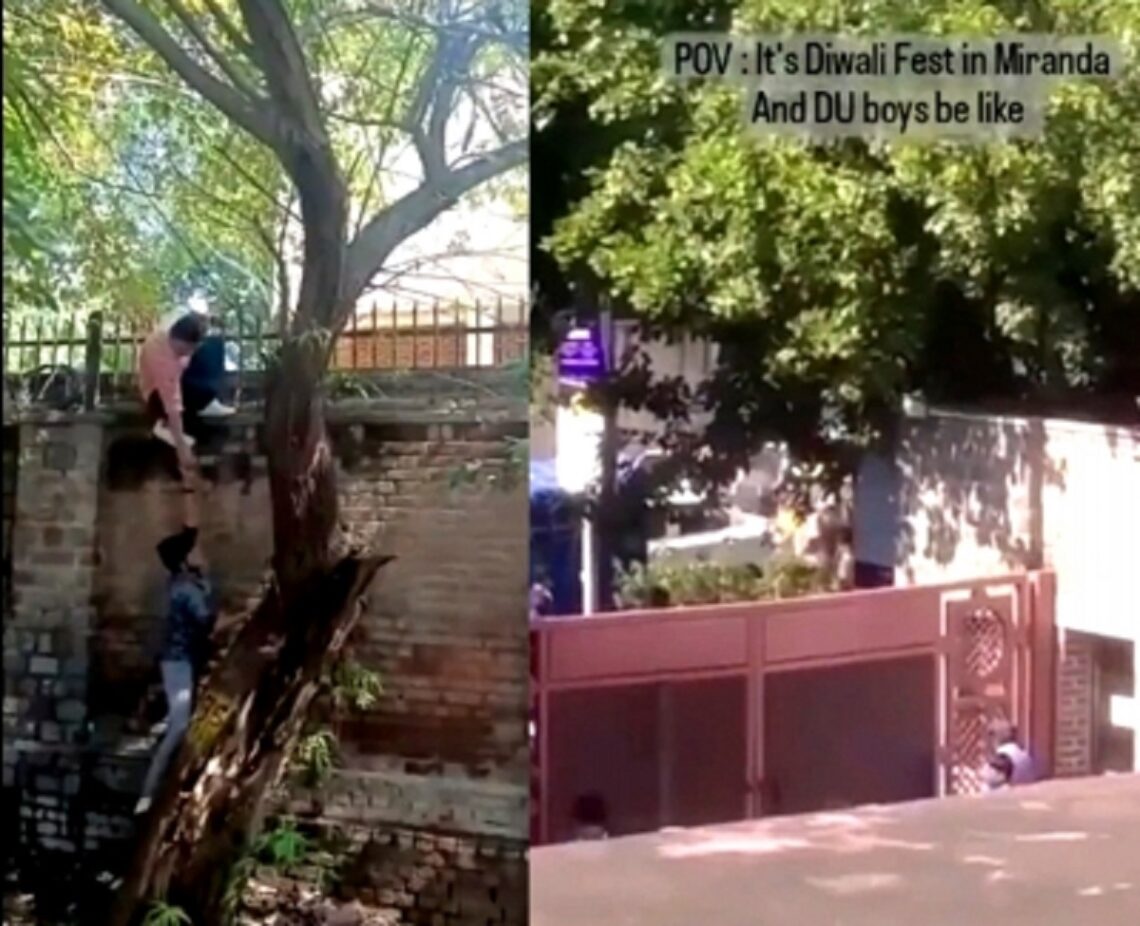 The Delhi Police on Monday said that they have taken a suo moto cognizance of a viral video in which unknown men were seen scaling the boundary wall and closed gate of Delhi University’s prestigious all-women college, Miranda House, where a festival was going on.

A senior police official said that the video was of October 14. On that day, the Diwali festival was being organised at the college campus, The festival was open to only the girl students, but the boys entered the college after they came to know about the fest.

Delhi Commission for Women Chief Swati Maliwal also took to Twitter and raised questions about the safety and security of the girl students.

“This is a security breach as boys are entering Delhi University’s Miranda College. They are climbing the college’s boundary wall. A number of molestation complaints were reported after the boys entered the college,” she tweeted.

Maliwal said that they have issued a notice to the Delhi Police and college administration regarding the incident.

The Delhi Police said that they were looking into the matter and a team was formed to identify the accused men who climbed over the wall and a gate.