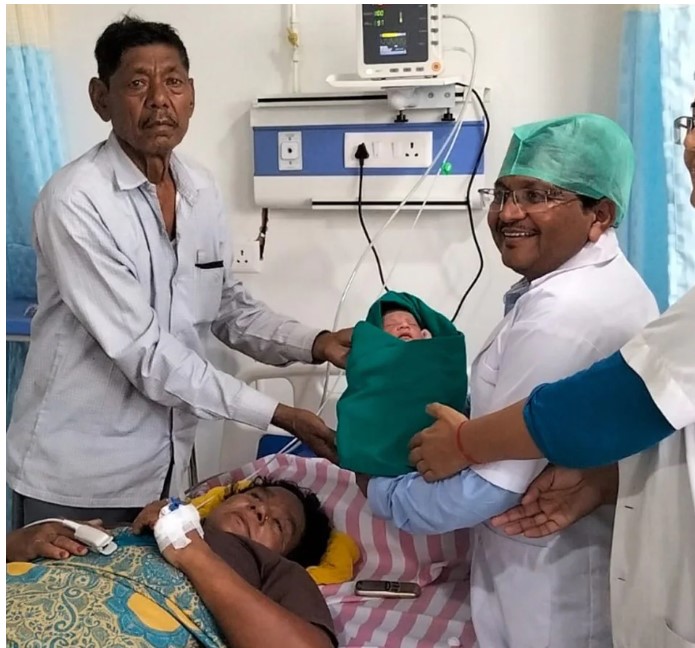 Jaipur: A 75-year-old man and a 70-year-old woman welcomed their first child 54 years after their marriage in Rajasthan’s Alwar.

The doctors claimed it to be the only case in the state. However, with IVF technology, many elderly couples in the country and world have become parents even at the age of 70-80 years.

Gopichand, the proud father, is a former soldier of the Nuhaniya village of Jhunjhunu, who was shot in the leg during the Bangladesh war.

Dr. Pankaj Gupta said that both the child and the mother are doing fine. The weight of the child is about 3.5 kgs.

“There are only a few cases of children being born at this age across the country. This is probably the first case of Rajasthan when a 75-year-old man and 70-year-old woman have got a child,” he said.

An elated Gopichand said: “Happy that we can take our family forward as I am the only son of my father Nainu Singh, ” he added.

About one-and-a-half years ago, Gopichand approached the fertility center through his relative. Chandravati Devi was able to conceive nine months ago in the third attempt through IVF. While there was happiness, there was an element of fear also due to the advanced age of the mother. But finally, on Monday, she delivered a healthy baby.

According to Gupta, a law was passed by Parliament recently which came into effect from June 2022. According to it, no IVF infertility center will be able to provide treatment to women and men above 50 years. But the couple was lucky as the woman had conceived before the law came into force.

It’s been 40 years since Gopichand retired from the Army. Gopi Singh was also shot in the Bangladesh war. It is a matter of coincidence that Colonel Reena Yadav, the doctor who performed Chandravati’s cesarean, is also a soldier.