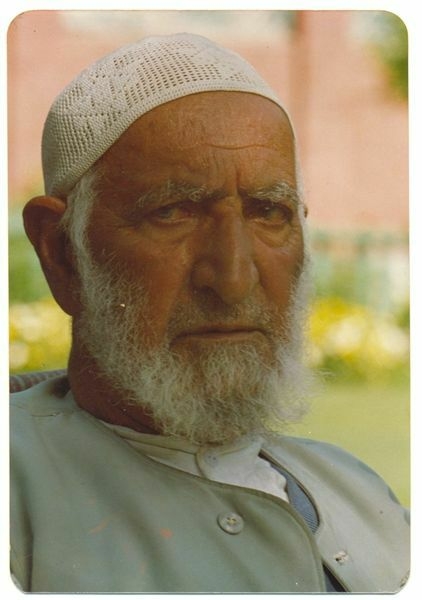 It would suffice to say that modernity has knit, by virtue of its technological improvisations, humanity into single whole, while simultaneously splitting the human self and making it susceptible to intellectual, spiritual and social disintegration. The theory of particulate and singular human nature in the realm of psychology has been replaced by bundle theory. Literature is under invasion, philosophy is crumbling, religion has taken back seat and social institutions reflect the deepest chaos. This disintegration in the realm of human self-brought about by modernity has mutated human self in innumerable ways and mutilated it by hundred thousand literary and intellectual weapons. One of the tragedies this disintegration has brought about is that modern men, most of them, have given up their quest for unified knowledge and holistic understanding of the world. Each of us has been confined to our intellectual cocoons so much so that we have started producing intellectuals who know more and more about less and less till they paradoxically end up knowing everything about nothing or more surprisingly knowing nothing about anything. This has not been how things were till recent past where the mystic and the scientist, the poet and scholastic, the Hakeem and Hakim used to be combined in one man. Even in the greats of science we come across giants who were polymaths and this quality of polyvalency allowed them to extract a better picture of the world humanity is situated in and a deeper understanding of their own selves, so as to free themselves from the intellectual, spiritual and pragmatic conundrums each one of us is subjected to. The only difference being that their era and their episteme left open to them a vast horizon to resolve these existential issues whereas we have been made to suffer at the hands of implosion of meaning and made to withstand the vertigo of meaninglessness and euphoric nihilism. One is often straddled between Huxley’s “Brave New World” and Orwellian techie World envisaged in his celebrated novel 1984. Both these authors envisaged, in their respective ways, the world mankind was about to enter. Zubbof’s recent book “Age of surveillance capitalism” takes this line of thinking further to rechristen the art of prophetology in an era of soft technology. But all of these and many others of their family like Fukuyama have merely felt satisfied to reveal to the future of horizon. They may be at times worried about a thing or so, but none of them traces the influence of all these pervading novel technologies on human core, our essence, cultural archetypes and the sense of self alienation, all these technologies will bring about. It was Eliot’s in his celebrated “Wasteland” who mourned at a world, humanity was all set to enter with all technological uproar. On Similar lines, Alexis Carrel, Writing “Man the unknown” in 1935 mourned at the loss of integrated “science of man” and “colonisation of man” by different sciences which were disconnected with each other in such an abhorrent manner that no universal, consistent, integral, holistic and inclusive understanding of man could be arrived at. This state of affairs has been our fate for past century with each decade heralding further decay and dissipation. This theme has been reverberated by Will Durant in the beginning of his much celebrated and quite popular text “the story of philosophy”.

This epistemological disintegration in which we have been made to bear to witness to verigated forms of social and intellectual chaos shall form the baseline in any attempt that genuinely aims to understand the true import of Nazki’s poetry and prose and his contemporary relevance vis a vis his integrative and holistic approach to man and issues that we are behest with on individual and collective plane. Look at his poetry, to begin with, his quatrains in particular. One is but astounded at the “spectrum of topics” this man touches upon and the specialist treatment that he metes out to each topic. He speaks about God and religion in the spirit of Hakeem (Gnostic), about society and societal issues as a well-trained “social-pathologist”, about culture, loss of culture and essence of culture as a full scale cultural theorist, about science in the spirit of poignant critique, about art like an ace art critique of his time, about Islam and prophet (saw) as somebody whose soul is dyed by the very dye of Quran and Sunnah. Took up his Kashmiri Kulyaat, which has been recently compiled and published, by his worthy son Ayaz Rasool Nazki, open up any page at random, and behold – the relevance and contemporaneous nature of Nazki will not be lost to you. There seems hardly anything under the sun – and even beyond, that does not find space in his quatrains. The existential, socio-political, religious, spiritual, metaphysical, familial and wide variety of issues that we collide with head on everyday have been solved in such a subtle way and with such a penetrating depth of vision that one finds himself not only consoled psychologically, but more importantly one get satisfied existentially. He is a fine exemplar of intellectual eclecticism and emotional inclusivity. A true lover of the prophet (saw), as his poetry reveals, he was, on the other hand, as Avtar Mota narrated to me personally, that he was one of the greatest scholars of Kashmiri Shaivism. His vastness, open mindedness, spirit-intellectual inclusiveness is not and shall not lost to the reader. He has decided to look at life from a widest possible angle and how pertinent this wide angle is to us today, where each one of us is lost in “mind of one’s own” and a dizzying intellectual vertigo is reigning the horizon. I leave the task to art critics, to evaluate the artistic value of his art, to look for underlying hierarchies, to subject it to deconstruction, to invade his literary castle with “arsenal of literary criticism”, and all of this will be an exercise worth undertaking. But what I am interested in, is the Gnostic (Hikmah) aspect of his poetry. His poetry really belongs to wisdom poetry, the poetry that is transhistorical, transpersonal and transnational and addresses the perennial questions confronting human existence.

2. Poetry where sublimation of feelings is dominant.

3. Poetry of lexical and Linguistic techniques which thrives upon skilful deployment of similes, metaphors, parables.

Omar goes on to postulate that Iqbal’s poetry predominantly belongs to the first category where ma’na (inner meaning) dominates the Surah (Form). Nazki, being a predecessor to Iqbal and his ace imitator, by default falls in same zone of poetry and it is the characteristic of this poetry, and corollary for Nazki too, to transform finite into infinite, to visualise ocean in drop, to envisage universe in atom, to awaken man to his deepest spiritual and intellectual possibilities. Anybody, who reads Nazki’s poetry in the spirit of impartiality shall find him at par with great wisdom poets of the world and it is this integrating wisdom that shall save us and those coming after us from the intellectual dissipation, existential disintegration, spiritual obfuscation and social revulsion. Keeping in view the premise on which this article rests that modernity has caused all around dissipation and desperation, shall not poets like Nazki, who envisaged these issues, before us, and devised appropriate shield to save ourselves from incoming calamities, occupy our intellectual and literary horizon all the more. If poetry “is”, as Altaf Hussain Haali rightly described it, an instrument among instruments to stimulate different parts of body to their bestial and carnal responses, then we may no longer adore Nazki. But if poetry is as Hali ought it to be a juzvi paigambari, then we must celebrate Nazki, now and ever and join him in chorus, to find the deepest of our existential queries finding satiating and satisfying answers, and sing with him