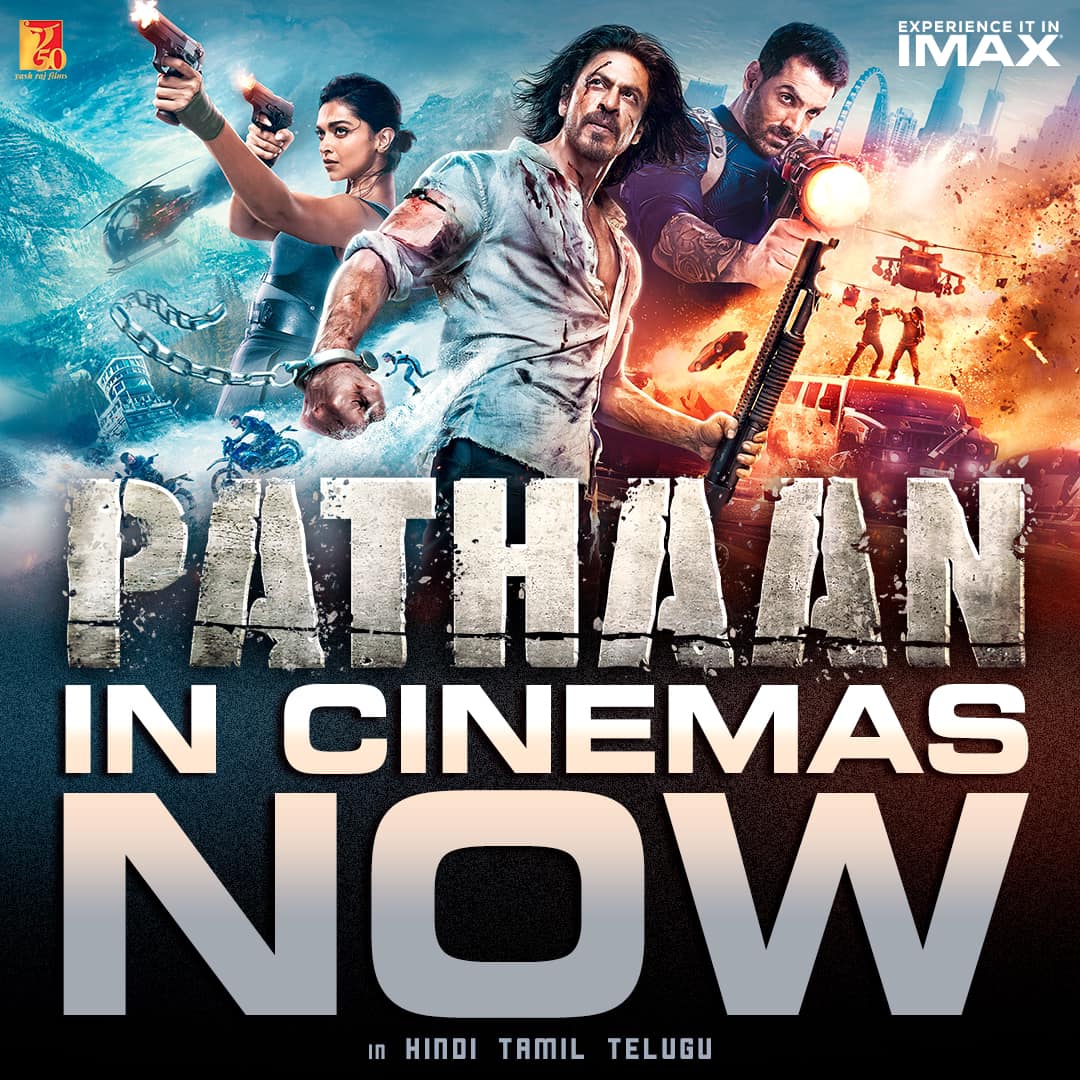 Before its release, the VHP on Wednesday had said it withdrew its protest after the removal of ‘objectionable’ contents from the film.

“The Central Board of Film Certification (CBFC) has revised the obscene song and lewd words in the film and hence the right-wing groups will no longer protest against its release”, Gujarat VHP’s secretary Ashok Raval said in a statement.

Several VHP leaders had earlier sought a ban on the film that has hit the theaters today.

Meanwhile, SRK announced the release of Pathaan on his social media handles.

In the clip shared by Shah Rukh Khan on social media, he can be seen standing and waving at his fans from the balcony of Mannat. SRK was dressed in a black t-shirt and denims.

The actor waved at his fans who had collected in large numbers outside Mannat, folded hands, blew kisses to them and also did his signature arms wide open pose for them.