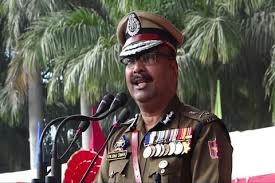 Jammu and Kashmir Director General of Police (DGP) Dilbag Singh has said that despite much pressure from militant outfits.

He said the number of youths joining militant outfits is much lesser this year as compared to previous years. The DGP further said, militants were still trying to interfere with normal life in the Kashmir valley but asserted that police was making all efforts to thwart their attempts.  Dilbagh Singh was speaking during his visit to Kulgam district in South Kashmir yesterday.

Dilbag Singh said police and security forces are working to give people a secure environment. He said the situation is much better now and normalcy fast returning in the Valley.

He said that although graph of militant activities has come down in the recent past yet for providing peaceful environment to the people of J&K, there is still need to continue the fight against militancy with enhanced vigour to end it for all time to come in Jammu and Kashmir adding that final assault should be strategically planned and effective.