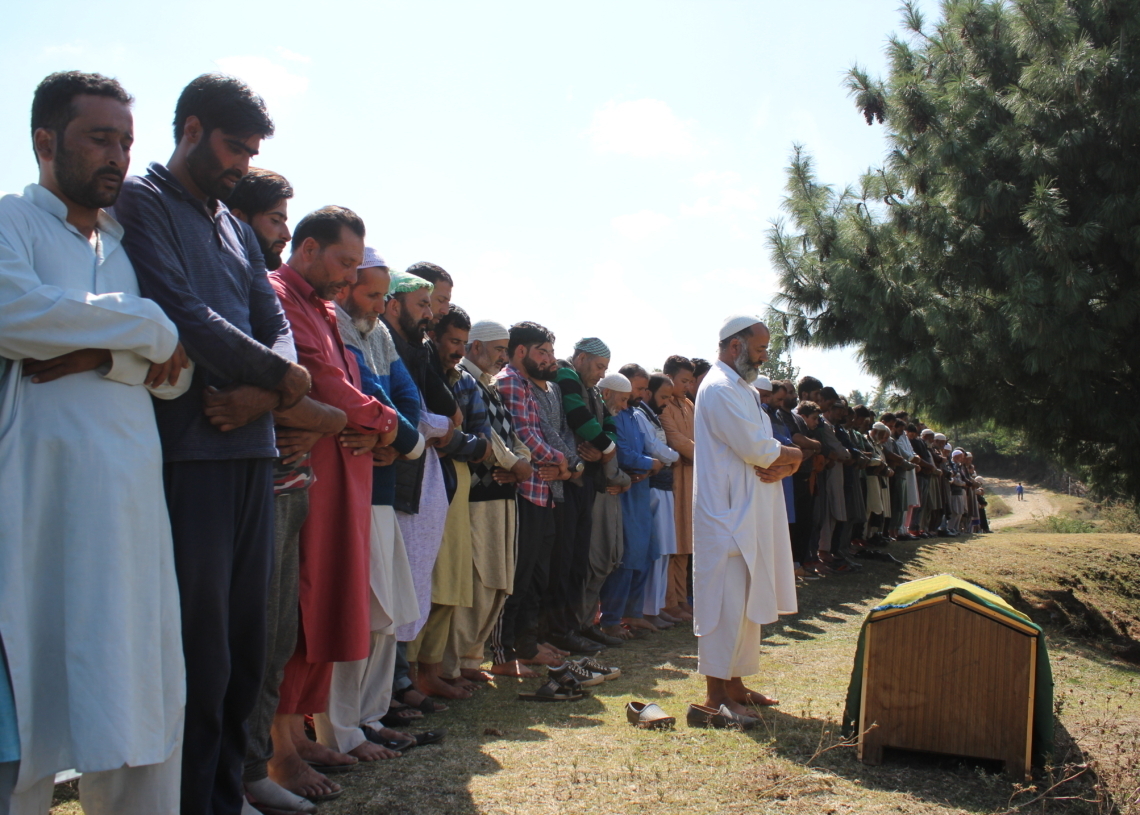 Reports said that some militants opened indiscriminate fire on Police station Shopian resulting in injuries to a cop.

An official said that militants hurled a grenade followed by firing on the police station. The officer said that one cop, manning the gate sustained serious injuries in the incident and was taken to nearby hospital where he succumbed.

The slain policeman was identified as Constable Saqib Mir of Zawoora.

As per reports, the militants managed to escape and even took the service rifle of the slain.

A police spokesperson, later in a statement, said: “Militants in District Shopian today in the wee hours fired indiscriminately on Police Station Shopian. The attack was repulsed by the alert cops. In this incident, one policeman Ct Saqib Mir also sustained injuries and was evacuated to a nearby hospital for medical treatment. However the injured cop succumbed to his injuries. Police has registered a case and investigation has been initiated.”

A wreath-laying event was held in District Police Lines Shopian where tributes were paid to the slain  constable.

The police spokesperson said that civil and Police Officers led by Deputy Inspector General of Police south Kashmir laid floral wreaths on the mortal remains and paid rich tribute to the slain.

“Among others, SSP Shopian, CO 14th Bn CRPF, and other officers and jawans were present at the wreath-laying,” said police spokesperson.