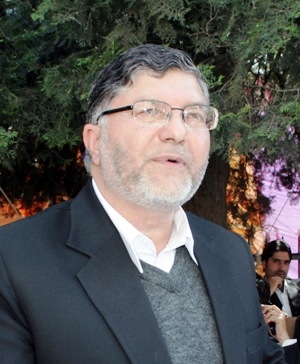 Srinagar: Decks have been cleared for the release of Mian Abdul Qayoom after Solicitor General Tushar Mehta accepted the Supreme Court’s suggestion that former High Court Bar Association president will not issue any statement and stay in Delhi till August 7.

On Monday, a bench headed by Justice Sanjay Kishan Kaul had suggested that Qayoom should be released on bail with conditions that he will remain in Delhi and not go to Kashmir till August 7, and not issue any statement.

Earlier, Jammu and Kashmir government had told the Supreme Court that the detention of Qayoom, under the Public Safety Act (PSA), will not be extended after August 6.

Qayoom has challenged in the apex court the Jammu and Kashmir High Court order upholding his detention under Public Safety Act (PSA). Earlier, the court had asked on what basis the Centre seeks to continue the detention.

In the plea before the apex court, it was submitted that Qayoom is over 73-year-old and this detention order was for a limited period.  On May 29, Jammu and Kashmir High Court had set aside Qayoom’s habeas corpus plea and upheld his detention under the Public Safety Act. The High Court had, in its order, accepted the argument that the Qayoom should “declare and establish” by his conduct that he has “shunned his separatist ideology”.

The High Court, in its order, had also referred to the argument of advocate general DC Raina that the “ideology nourished and nurtured by the detainee cannot be confined or limited to time to qualify it to be called stale or fresh, unless the person concerned declares and establishes by conduct, and expression that he has shunned the ideology.”

Qayoom was one of the many people who had been detained in August 2019 after the abrogation of Article 370 of the Constitution of India.

His plea in the Supreme Court said that when he was detained, he was taken to the prison in Agra without prior intimation and was kept in solitary confinement during this time.

The plea said that his detention order was upheld on the basis of four FIRs registered against Qayoom between 2008 and 2010.

“FIRs are stale, irrelevant and have no proximate, pertinent or live link to the present, and are thus superfluous and extraneous to the satisfaction required in law qua the tendency or propensity to act in a manner prejudicial to public order,” the plea said.