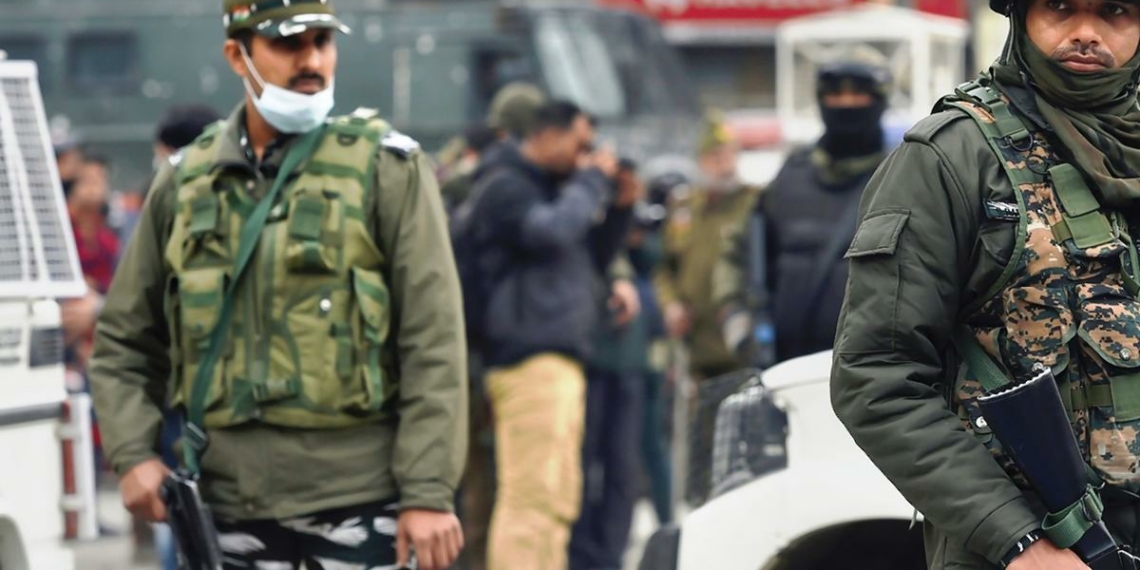 New Delhi, March 13:  The Ministry of Home Affairs (MHA) is likely review the security situation in Jammu and Kashmir in the wake of recent attacks on civilians and security personnel, sources said on Sunday.

A CRPF man Mukthar Ahmad, who was home on leave, was killed in Shopian district on Sunday which was the fourth such attack on security personnel in the last three days.

No ban on Mankabat at Shrines, Masjids: Darakhshan Andrabi

Ahmad succumbed to his injuries on the way to a hospital.

Shabir Ahmad Mir, a sarpanch, was shot dead in Kulgam on Friday, while the sarpanch of Khanmoh Bashir Ahmad Bhat was killed two days prior on the outskirts of Srinagar.

On March 7, two civilians were killed and at least 35 people, including a police official, were injured in a grenade attack Amira Kadal, a busy Sunday street market in Srinagar.

Security has been heightened across the union territory, particularly in the Kashmir Valley, while drones are also being used monitor forest areas.

Recently, the Jammu and Kashmir Police recovered a cache of weapons possibly dropped from a drone along the International Border in RS Pura sector. A massive search operation was carried by the SOG.